ABOUT LUCAS MACKENZIE AND THE LONDON MIDNIGHT GHOST SHOW 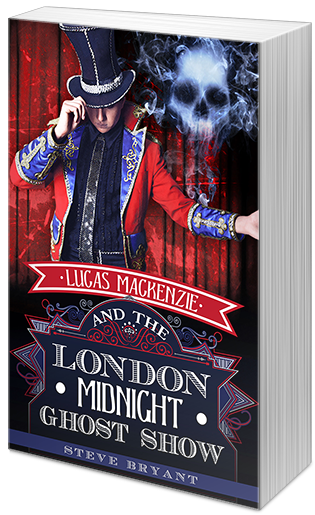 Lucas Mackenzie has got the best job of any 10 year old boy. He travels from city-to-city as part of the London Midnight Ghost Show, scaring unsuspecting show-goers year round. Performing comes naturally to Lucas and the rest of the troupe, who’ve been doing it for as long as Lucas can remember.


But there’s something Lucas doesn’t know.


Like the rest of Luca’s friends, he’s dead. And for some reason, Lucas can’t remember his former life, his parents or friends. Did he go to school? Have a dog? Brothers and sisters?


If only he could recall his former life, maybe even reach out to his parents, haunt them.


When a ghost hunter determines to shut the show down, Lucas realizes the life he has might soon be over. And without a connection to his family, he will have nothing. There’s little time and Lucas has much to do. Can he win the love of Columbine, the show’s enchanting fifteen-year-old mystic? Can he outwit the forces of life and death that thwart his efforts to find his family?


Keep the lights on! Lucas Mackenzie’s coming to town.

I thought this was a great twist on the usual paranormal novels.  It reads like everyone is alive but in reality almost everyone you meet in the book is actually a ghost!  Lucas Mackenzie has been part of the London Midnight Ghost Show for about 4 years, but he struggles with letting go of his past life.  The show goes all out to scare people who think it's all just tricks and even has cops fooled when in reality it is very real, and the characters you meet like Columbine the diviner and Lucas the techie are such neat characters to read about.  Lucas was effectively "chosen" by the show because of his technological skills so he runs the lights and works behind the scenes.  His relationship with Columbine is a great love story because they go from good friends to finding love with each other.  But Lucas just will not give up - every day he is missing his family which is understandable because he was just 10 when he died.  He tries phone calls, letters and other means to contact them and let them know he is well but nothing works.  He finally finds out why towards the end of the book.  And he knows by doing all these things that he is in effect breaking the rules of the "afterworld".  And when they do a show close to his hometown and his family decides to go what will happen?  Will Lucas finally get to see his family and reassure them he is fine?  This is an exciting read all the way to the end!  I really loved the way the author took this ghost show that is so wholly paranormal and set it in normal towns in the US even specific towns.  It brings a new sensibility to the book and I really enjoyed it being set in the real world rather than in the afterworld as we see so much.  You have to pick up this book if you love paranormal young adult books!  It is great and I am thrilled to have been able to read it! 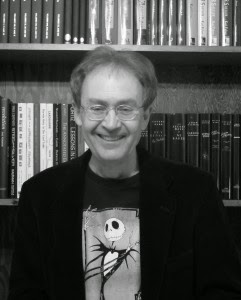 Steve Bryant is a new novelist, but a veteran author of books of card tricks. He founded a 40+ page monthly internet magazine for magicians containing news, reviews, magic tricks, humor, and fiction; and he frequently contributes biographical cover articles to the country’s two leading magic journals (his most recent article was about the séance at Hollywood’s Magic Castle).