ABOUT SUMMER OF THE OAK MOON


Title: Summer of the Oak Moon 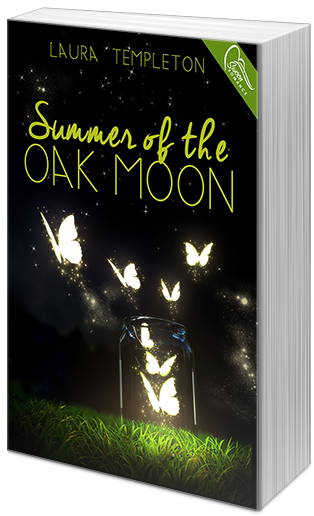 Rejected by the exclusive women’s college she has her heart set on, Tess Seibert dreads the hot, aimless summer ahead. But when a chance encounter with a snake introduces her to Jacob Lane, a black college student home on his summer break, a relationship blooms that challenges the prejudices of her small, north Florida town.


When Jacob confesses that Tess’s uncle is trying to steal his family’s land, Tess comes face to face with the hatred that simmers just below the surface of the bay and marshes she’s loved since birth. With the help of her mentor Lulu, an herbal healer, Tess pieces together clues to the mysterious disappearance of Jacob’s father twenty-two years earlier and uncovers family secrets that shatter her connection to the land she loves.


Tess and Jacob’s bond puts them both in peril, and discontent eventually erupts into violence. Tess is forced to make a decision. Can she right old wrongs and salvage their love? Or will prejudice and hatred kill any chance she and Jacob might have had?

1.       Summer of the Oak Moon is the first book I wrote but the second book to be published. After spending a year or two writing and revising the story, I sent out a few queries on it and then set it aside. I was already deep into my second novel, Something Yellow, and thought that I had little chance of selling Summer of the Oak Moon, as it was the first novel I’d managed to complete. I queried Something Yellow quite a bit and ultimately sent it along to PageSpring Publishing, which accepted it for publication late in 2013. Meanwhile, since my critique partner just wouldn’t stop asking me what I was doing with the novel (after all, that’s what a good critique partner does), I decided to try querying Summer of the Oak Moon a bit more. About ten queries later, I had an offer from my agent. After weeks of more revisions, the book ultimately sold to Month9Books and here I am...with a second, first book.
2.       I have seven dogs, eight cats, and an African Gray parrot. No, we’re not really hoarders (I’ll explain why in a minute) and yes, we are crazy. I’ve always loved animals, and readers will notice that pets frequently show up in my books. But I certainly never set out to have so many. About ten years ago, my family moved to a house located on a couple of acres on a secluded back road. And we discovered that a favorite pastime of some people is to dump animals. Nearly every animal we have (with the exception of our Chihuahua and the parrot) was dumped. And—here’s proving we’re not hoarders (I hope)—there’ve been a lot more animals that we managed to find homes for. An example? One day, a pregnant dog and what appeared to be her puppy from a previous litter showed up. The mother had 10 (that’s TEN) puppies on our front porch. Happily, we teamed up with a rescue group. We fostered the puppies until they were old enough to give away, and then they took mother, son, and all ten puppies. We are fortunate to have a home and yard large enough that sixteen animals is not as bad as it sounds, but my biggest wish is that people would take care of their animals and if they must give them up, to do so responsibly! Now, anyone need a dog?
3.       I’m an avid walker. I started walking after my son was born. At the time, I did it to lose the few extra pounds that lingered after my pregnancy. After watching my mother struggle with her weight, develop diabetes and heart disease, and pass away too soon from a massive heart attack, I was determined to keep up a regular fitness plan. Now, twenty-five years later, I walk five times a week because it’s great exercise and because I love it. If for some reason (and it takes a big reason) I miss a few walks, my husband and son practically push me out the door. They know that without my walk, I get irritable quickly.
4.       I’m a trained reiki master. For those who may not know, reiki is a form of energy healing—it’s healing by the laying on of hands. Some years ago, I thought it’d be interesting to take a reiki class. I think I was inspired by my mother’s stories of how church members “laid hands on” me (her words) when I was an infant with a serious heart disease. The doctors said that I wouldn’t live, but obviously I fooled them. (I’ve always been stubborn.) Whatever the impetus, over the course of a year, I learned all three reiki levels. I’ve never really used it on anyone other than family members and our pets, but it was an interesting skill to learn. Readers of Summer of the Oak Moon will see that I used my training as inspiration for Lulu’s and Tess’s ability to heal with their hands.
5.       I was an extra in the movie Driving Miss Daisy. Okay, it’s not quite as good as it sounds because the scene I was in was cut. But being on the set and meeting Morgan Freeman and Dan Ackroyd was fun and interesting. The company that my husband and I worked for at the time was located in an old warehouse in downtown Atlanta. It was used as the setting for the cotton mill in the movie. Employees got to be extras, so of course we signed up. Even now, we watch the movie and have fun pointing out old co-workers (whose scenes were more fortunate than ours). And one more interesting thing...the secretary in the movie was named Miss Templeton. So, one of the set people grabbed the nameplate from my desk and used it in the movie. So, though I didn’t make the cut, my name survives in the movie. I still have that nameplate...it’s a permanent fixture on my writing desk.

Laura Templeton lives near Athens, Georgia, with her husband, son, and a menagerie of animals. When she’s not writing, she enjoys gardening, learning to figure skate, and taking long walks on the quiet country roads near her home. Something Yellow is her debut novel, and her creative nonfiction has appeared in various publications.


Giveaway Information:  Winner will be drawn June 1, 2015
· Five (5) winners will receive a digital copy of Summer of the Oak Moon by Laura Templeton (INT)