Who We Were by by Christy Sloat Book Highlight and Giveaway :) 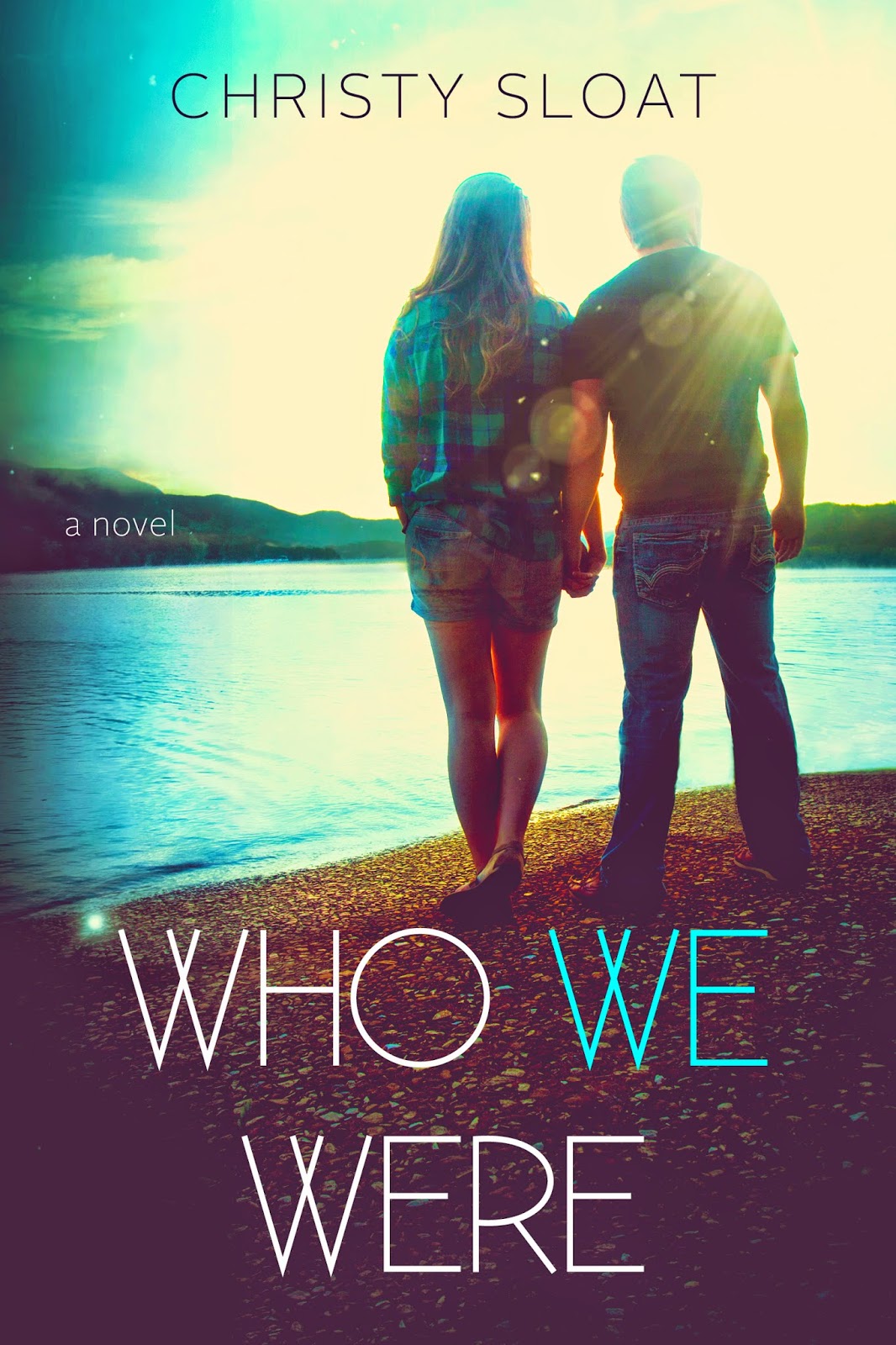 
“Who we were had washed away with the summer. Who we are was yet to be seen.”

Summer school at Alcott High was only supposed to gain Sadie Peters extra credit, nothing more. Her goal wasn’t to make friends, or gain the attention of the most popular football player, yet she managed both. Her life was cruising along on course … until that summer.

Could a simple stint in a different school change her identity completely and introduce her to love for the first time? How would that affect her relationship with Lily, her best friend?

Hopefully their friendship was strong enough to make it through the tumultuous summer. Sadie learns that great things come with change, but sometimes memories of the past are hardest to part with.

I entered the lunchroom and met Nash at the same table as yesterday. He gave me a huge smile, but that was all. No hug or kiss on the cheek. Okay, fine.
I set down my lunch tray that held pizza, an apple and an orange juice. Not exactly healthy, but I tried. Nash sat with me and ate his pizza, but he didn’t engage in conversation with me. Instead he sat and talked to Oliver and some other kid named Henry, who I learned played ball with them. I was secure enough to realize that Nash and I weren’t a couple; we were just getting to know each other. So, I would just need to cool it and not get upset by his ignoring me. I mean really, was he ignoring me on purpose or perhaps just busy with his guy friends? I chose the latter.
“Oh, you sit here too?” I looked up to see the shaggy haired boy sit across from me. I scowled at him and said, “I was invited to sit here. Why are you here?”
I dropped my pizza on my plate and realized I had an audience. All the boys at my table were now watching me engage in a fight with this rude ass across from me.
“Last I checked this was my team’s table. Is that okay with you or should I ask Nash for permission?” What a complete jerk-face!
“So I see you’ve met Nolan, my brother.” Nash laughed.
“Wait! What? This kid is your brother?” I asked confused.
Nolan laughed and said, “The one and only Nolan Rylan at your service. Twin brother of the oh-so-fabulous Nash Rylan. And before you say, ‘But you don’t look like him,’ it’s because we’re not identical twins.”
I found myself with my mouth hanging open and closed it quickly. I couldn’t believe it. Nash had a twin brother. The more I stared at Nolan, the more I noticed slight similarities in their appearance. Nash had dark hair and so did Nolan. Their smiles were the same, big white teeth grins.
Their eye color wasn’t the same though. Nash’s were crystal blue and Nolan’s were honey brown. Nash dressed casual like his personality, easy going. Nolan was crisp and clean. And from his personality, it didn’t seem to match. He really threw me when he put on his glasses and pulled out our homework assignment right there at the table. He leaned back, ignoring me with ease, and read. I couldn’t help but stare at him. He wasn’t a football player. No way.
“You play football?” I inquired. He looked up from his book, and I felt a strange sensation. The other guys went back to talking and ignoring me.
“Why is that hard to believe? Do I look like a nerd to you?”
I looked at his body. No, not really. He was fit enough, but he was slightly nerdy. Between his well-manicured nails to his brown high end shoes, it was hard to picture him in a football uniform.
“You just dress so … so,” I struggled.
“So, nicely perhaps? Not like a jock, I know. But thanks for noticing.” He pulled his book higher and did as the other boys did, ignored me.

Christy Sloat is a SoCal born girl who resides in New Jersey currently with her husband, two daughters and Sophie her Chihuahua. Christy has embraced the love of reading and writing since her youth and was inspired by her grandmother's loving support. Christy passes that love of reading, writing, and creativity to her daughters, family, and friends. When you do not find Christy within the pages of a book you can find her being mommy, wife, crafter, and dear friend. She loves adventurous journeys with her friends and can be known to get lost inside a bookstore. Be sure to venture into her Past Lives Series, The Visitor's Series, and watch for many more exciting things to come.