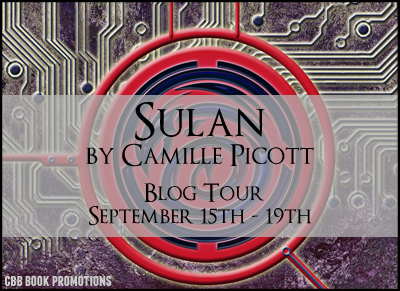 Episode One: The League ~ Sulan by Camille Picott
296 pages 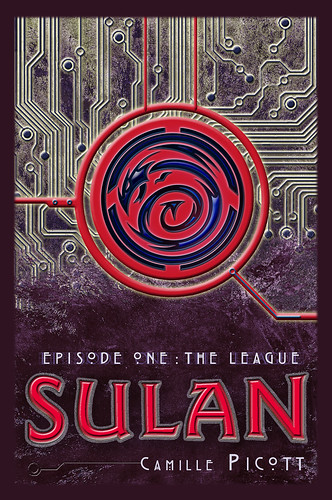 Sixteen-year-old Sulan Hom can’t remember life before the Default—the day the United States government declared bankruptcy. As a math prodigy, she leads a protected life, kept safe from the hunger and crime plaguing the streets of America. She attends the corporate-sponsored Virtual High School, an academy in Vex (Virtual Experience) for gifted children.
Beyond the security of Sulan’s high-tech world, the Anti-American League wages a guerrilla war against the United States. Their leader, Imugi, is dedicated to undermining the nation’s reconstruction attempts. He attacks anything considered a national resource, including corporations, food storage facilities—and schools. When Sulan witnesses the public execution of a teenage student and the bombing of a college dorm, she panics. Her mother, a retired mercenary, refuses to teach her how to defend herself. Sulan takes matters into her own hands. With the help of her hacker best friend, Hank, Sulan acquires Touch—an illegal Vex technology that allows her to share the physical experience of her avatar. With Touch, Sulan defies her mother and trains herself to fight. When Imugi unleashes a new attack on the United States, Sulan finds herself caught in his net. Will her Vex training be enough to help her survive and escape?

I love Sulan as a character, she is strong-willed and independent and knows what she wants.  Smart as a whip in a lost world, she wants to learn to fight but her mother who has seen so much violence and death refuses her at every turn.  So when Sulan turns to Touch, which is a Vex technology to learn alongside her best friend, she has to do it without her mothers knowledge or consent.  It turns out that her Vex training comes in very handy though when the attacks come.  Sulan as a character is most definitely NOT an underdog, but for some reason that is how it came across to me in the book.  I love how the author intertwines the dystopian and cyber/steampunk themes.  It is edgy and thrilling to read, but like all dystopian novels very sad to see such a different earth.  I think the author has created such a wonderful book in the first person where we see this "new" world through the eyes of Sulan.  She is definitely the typical teenager, so I guess in any new worlds teenagers will be teenagers :) 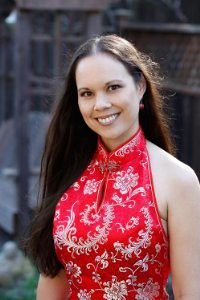 Camille Picott is a fifth-generation Chinese American. She writes science fiction and fantasy books with Asian characters and/or Asian settings. Camille grew up reading speculative fiction stories largely devoid of Asian characters and culture. This, coupled with a passion for her heritage, is the reason she strives to bring some aspect of Eastern myth, legend, culture, and ethnicity to all of her writings. To visit Camille, go to www.camillepicott.com.