The Null Dimension by John Burnett Book Tour and Giveaway :) 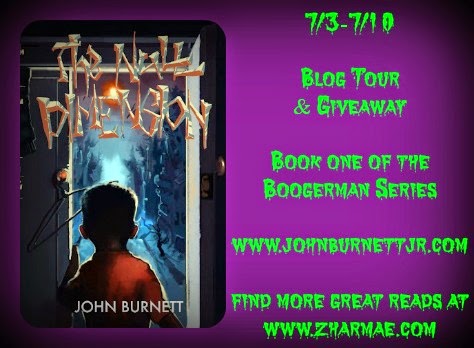 Blurb:
Don’t shut your eyes…don’t turn out the lights…you might run into the coolest person you’ve ever met! 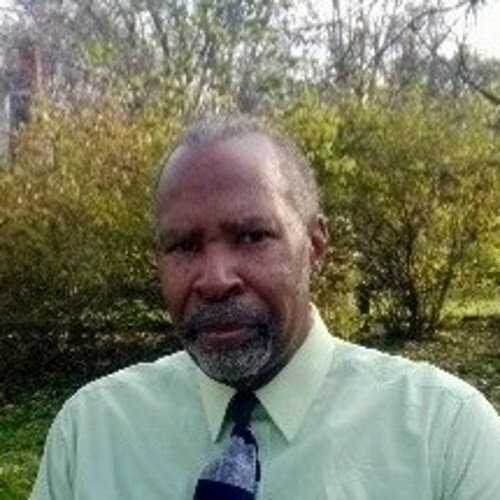 Debut author John Burnett is an English professor at Wayne County Community College in Detroit, Michigan. He has enjoyed introducing hundreds of students each year to the wonder of great fiction specifically, and the joy of reading in general. A black belt in karate for twenty years (tang soo do), he briefly made a living teaching martial arts before earning his masters degree in English.
John lives in Southfield, Michigan with his wife, two sons, and their beagle, Chance. He aspires to someday be a jazz guitarist, but for now, he’s busy working on his next novel.
Twitter: https://twitter.com/JohnBBJr
Website:http://johnburnettjr.com/

***Author Interview***
What inspired you to write your first book?
A couple of things. First, I’ve been teaching literature at the college level for a few years, where I’ve had the terrific pleasure of introducing students to the joys of reading generally, and some iconic stories and novels particularly. Since I talk about great stories for a living, I finally decided to take the plunge and try to write one of my own.
Second, many of college students love YA fiction, across the racial, gender, and ethnic spectrum. I thought I’d write an urban fantasy take takes place firmly in the inner city.
Do you have a specific writing style?
Yep! I’m a life-long fan of the kinds of stories I teach in my classes: science fiction, fantasy, supernatural thrillers. The Null Dimension might not fit completely in any one of those genres, but there are pronounced elements of all of them in the book. I hope readers find it an exciting hybrid.
How did you come up with the title?
The Null Dimension is an actual place in the novel. While there, my young protagonist first gets a clue exactly what he’s gotten himself into. It is a decidedly unpleasant—and terrifying—place.
Is there a message in your novel that you want readers to grasp?
If there’s a “message” in the novel, it’s simply to believe in who and what you are, despite the odds stacked against you and in seemingly hopeless circumstances . That’s a lot easier said than done sometimes, isn’t it?
How much of the book is realistic?
Good question. While The Null Dimension is obviously an urban fantasy, with fantastical supernatural creatures, the novel is quite firmly set in a real, recognizable urban landscape. Hopefully, that’s part of what sets it apart.
Are experiences based on someone you know, or events in your own life?
Absolutely, yes! The majority of the characters in the book are based on real people from my own childhood in Detroit. For some of them, the names are even the same.
What books have most influenced your life most?
My list of writing heroes is very eclectic. I’d count Edgar Allan Poe, Charles Dickens (“A Christmas Carol” has to be the greatest novel ever), Sir Arthur Conan Doyle (the Sherlock Holmes stories are still inspiring authors today). I’d also add the Oz stories by Frank Baum. Astoundingly imaginative mythology over the rainbow! I’m also ahuge fan of J.K. Rowling. The Potter universe she created is nothing short of incredible.
If you had to choose, which writer would you consider a mentor?
That’s easy: Dickens. Most of, if not all of his stories/novels are really editorials about the inequities of Victorian life. He’s always railing about the plight of the urban poor in London and how society has turned a blind eye to them. While I don’t moralize in my stories quite as overtly as Dickens does, I absolutely admire his social voice.
What book are you reading now?
My favorite modern writers are David Baldacci and James Patterson. One or the other always has a book out, and it’s a pretty good bet I’m reading one or the other.
Are there any new authors that have grasped your interest?
Yes, but “new” is a subjective term. A current favorite “new” mystery author is Robert Galbraith who, of course, is Rowling. Quite a departure from Harry!
What are your current projects?
I’m currently gearing up to begin Book Two in The Boogerman series, the sequel to The Null Dimension. Also, I hope my adult police thriller, “Half Off”, also set in Detroit, will be published in the fall.
Name one entity that you feel supported you outside of family members.
I have a special friend who has been like the wind in my sails the entire way on this journey. She’s been an unofficial editor, proofreader, social media coach, and sounding board. No names; she knows who she is.
I would like to thank John for stopping by and answering my questions :)  Good luck with your new book and future books!
Posted by Erika Marie at 12:54 PM