There Once Were Stars by Melanie McFarlane Blog Tour with Guest Post and Giveaway :) 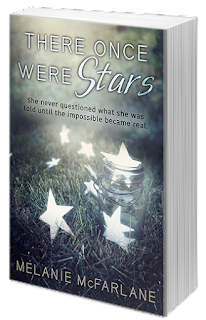 There Once Were Stars
by Melanie McFarlane
Publication Date: April 26, 2016
Publisher: Month9Books

Peace. Love. Order. Dome. That’s the motto that the Order has given the residents of Dome 1618 to live by. Natalia Greyes is a resident of Dome 1618, a covered city protected from the deadly radiation that has poisoned the world outside for four generations. Nat never questioned the Order, until one day she sees a stranger on the outside of the dome. Now Nat wants answers. Is there life outside the dome and if so, what has the Order been hiding from everyone? 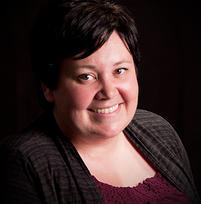 Whether it’s uncovering the corruption of the future, or traveling to other worlds to save
the universe, Melanie McFarlane jumps in with both hands on her keyboard. Though she can be found obsessing over zombies and orcs from time to time, Melanie has focused her powers on her upcoming YA trilogy: THERE ONCE WERE STARS and her YA urban fantasy series: SUMMONER RISING.


Official Music Playlist
I like choosing music for characters and settings. I love it when the lyrics and tune set a mood that I want to feel for my character. These are four songs I listened to over and over again while writing and editing There Once Were Stars.
Dome 1618 – Fake Plastic Trees by Radiohead
I love this song. It gives a sense of hopelessness from trying to be what others expect of us—a theme throughout There Once Were Stars.
Jak – Creep by Radiohead
Jak is so desperately in love with Nat that he’s overbearing. The lyrics in Radiohead’s Creep are stalker-esque, and therefore very fitting. Plus the tune sounds like a brooding loner, which matches Jak and his social awkwardness.
Evan – Yellow by Coldplay
Evan comes across as arrogant, which makes him a bad boy we love to hate. But ultimately, no matter how many times he butts head with Nat, he admires her for her independent qualities.
Nat – Wide Awake by Katy Perry
This totally matches Nat. She just wants to be herself, and in the end she’s determined to pull it off. In There Once Were Stars she wakes up, not only seeing the stars in the skies outside the dome, but finally seeing the reality of the world around her.