The Lingering Grace by Jessica Arnold Blog Tour with Giveaway :) 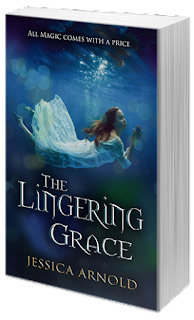 All magic comes with a price.

The new school year brings with it a welcome return to normalcy after Alice’s narrow escape from a cursed hotel while on summer vacation. But when a young girl drowns in a freak accident that seems eerily similar to her own near-death experience, Alice suspects there might be something going on that not even the police can uncover.

The girl’s older sister, Eva attends Alice’s school, and Alice immediately befriends her. But things change when when Alice learns that Eva is determined to use magic to bring her sister back. She must decide whether to help Eva work the highly dangerous magic or stop her at all costs. After all, no one knows better than Alice the true price of magic.

Question: Have you ever hated something you wrote?

On My Other Manuscript Children …

I have a hard time telling people that The Lingering Grace is my second book. Sure, it’s my second book to ever be published, but if I’m being totally honest, it’s not the second book I wrote. It’s the seventh.

Of the eight books I have written, two have been published. Two more could be published. The other four are unreadable disasters. If my books are my word-children, these four live in my basement and will never see the light of day. They are, for lack of a better word, my failures. I don’t usually talk about them.

Today, though, I’m talking about them.

The tricky thing about writing is that a lot of what you write isn’t ever going to be read. Your goal is to write something beautiful and moving and unforgettable, but in reality you may spend months chiseling away at a book that will never be anything but a work in progress. Some writers toss these projects to the side the minute they start to doubt their value. They end up with tens or even hundreds of stories in various stages of completion. I have a wickedly stubborn streak that drives me to finish what I’ve started, so I end up with a few totally complete and totally awful books.

You might think it’s a problem to write something that you read and immediately hate. I can tell you—it certainly isn’t any fun. But I’m also here to say that if you’re writing a few awful books, you’re still writing. As the quote says, “If you aren’t failing, you aren’t trying hard enough.”

So … ahem … My name is Jessica and I’ve written four books that are absolute, miserable slaps-in-the-face to literary beauty. And I’m going to try to wear them proudly in the future, because if I had stopped at failure number one, I wouldn’t be writing today. I am so glad I’m still writing today.


Your turn. How many skeleton manuscripts have you got in your closet? Whether you declare it from the rooftops or keep your failures tucked quietly under the bed—whether you love the project you’re working on now or hate it—know that failing is it’s own kind of success. And if you are writing, then you are doing great. 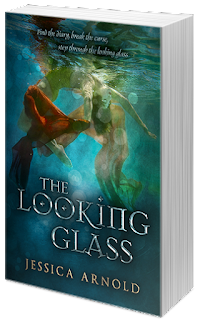 Find the diary, break the curse, step through The Looking Glass!

Fifteen-year-old Alice Montgomery wakes up in the lobby of the B&B where she has been vacationing with her family to a startling discovery: no one can see or hear her. The cheap desk lights have been replaced with gas lamps and the linoleum floor with hardwood and rich Oriental carpeting. Someone has replaced the artwork with eerie paintings of Elizabeth Blackwell, the insane actress and rumored witch who killed herself at the hotel in the 1880s. Alice watches from behind the looking glass where she is haunted by Elizabeth Blackwell. Trapped in the 19th-century version of the hotel, Alice must figure out a way to break Elizabeth’s curse—with the help of Elizabeth's old diary and Tony, the son of a ghost hunter who is investigating the haunted B&B—before she becomes the inn's next victim. 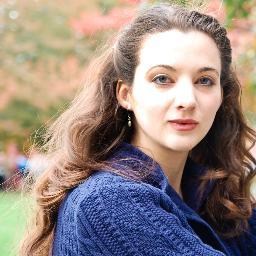 Jessica Arnold lives (in an apartment) and works (in a cubicle) in Boston, Massachusetts. She has a master‘s degree in publishing and writing from Emerson College.