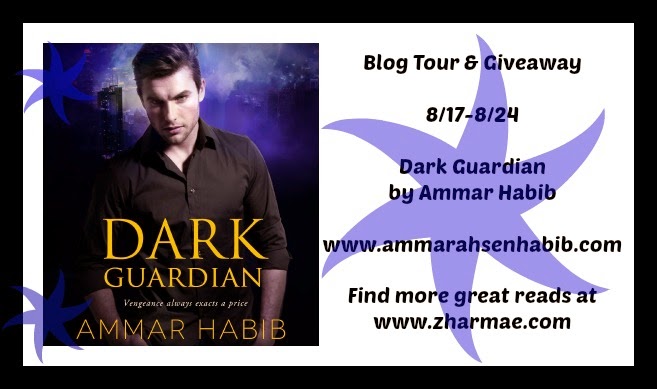 Description:
It has been four years since Ethan Daniels stepped foot in Crown City. Four long years that he allowed everyone to believe he was dead and gone. But now he's back, and with a vengeance. 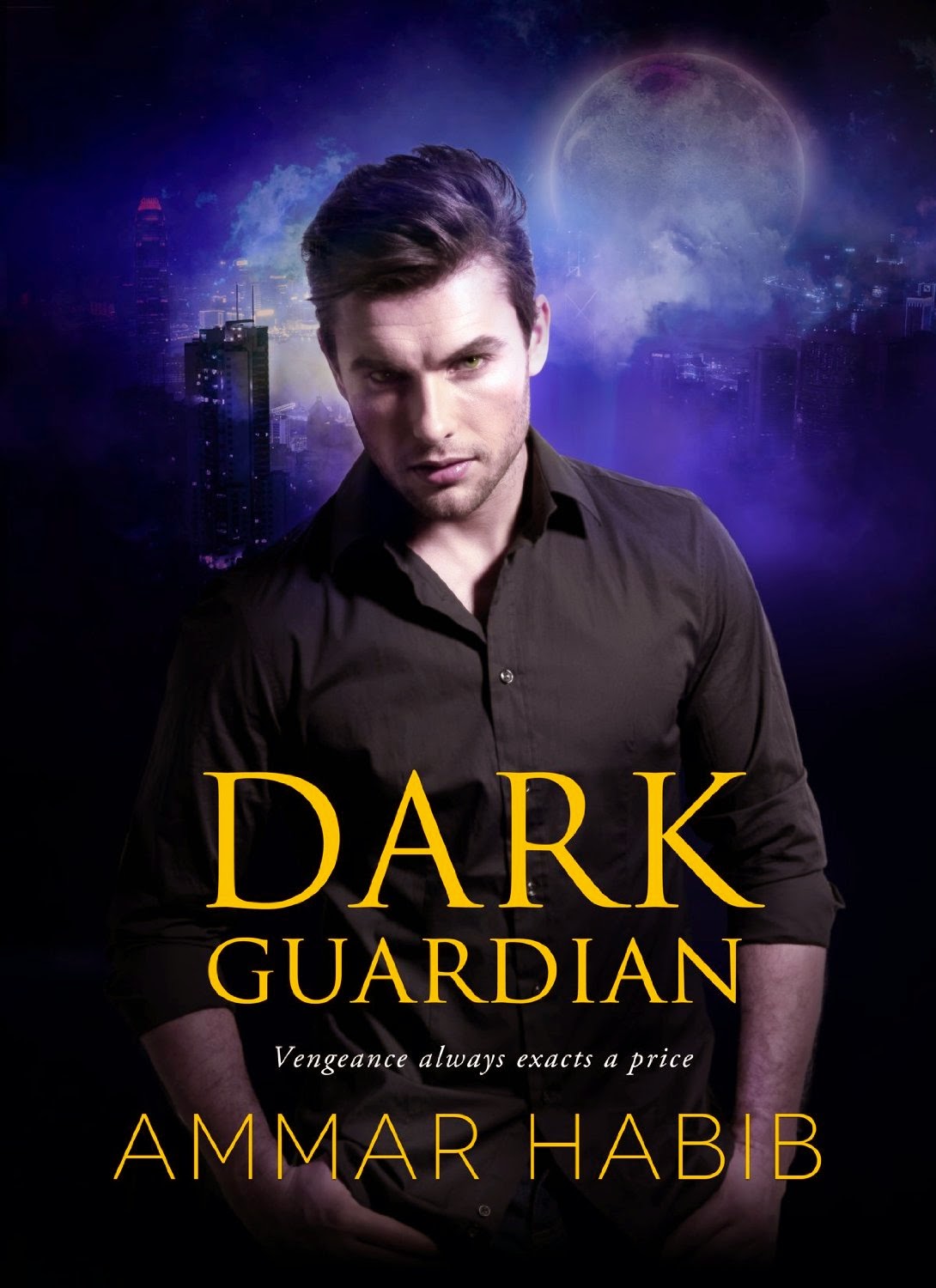 After the gruesome death of his adopted sister at the hands of a merciless gang, there is nothing he wants more than revenge. He can't sleep, he can't think; all he hears are her cries in his ears and all he sees is her death in his mind.

Ethan comes home to take on one of the world's most notorious crime lords in his bid for revenge, but he doesn't expect a reunion with Katrina, the girl he loved as a boy. After multiple re-encounters with her, Ethan's resolve begins to waver as he is forced to realize that he can't have both love and vengeance. Retribution exacts a price, and fate—well, she has plans of her own.

Ammar was born in Lake Jackson, Texas in 1993. His mother and father are originally from Pakistan, but moved to Tennessee in the mid 1980s and to Texas in 1990. 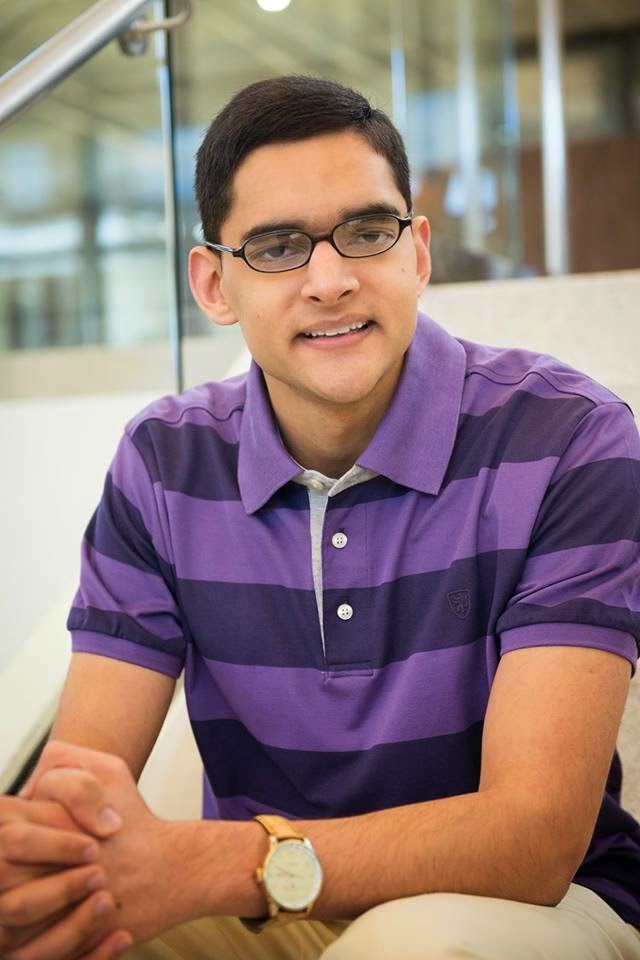 It has always been a dream of Ammar’s to become a published author and he is very excited about seeing that dream come true. Ammar enjoys crafting stories that are not only entertaining, but also have something useful to say to the reader.

Ammar presently resides in his birthplace of Lake Jackson, Texas. He lives with his family, all of whom are his biggest fans. He is currently working on continuing to advance his writing career, growing his marketing business, and getting his bachelor degree in Business Management from Brazosport College.


The air was still and the night was cold. Millions of stars glimmered across the clear,
night sky alongside of the beautiful crescent moon that reflected down onto the shining city below. Ethan slowly proceeded through the dimly lit shipyard. An eerie silence encompassed the entire area and the distinct smell of the ocean consumed the air, reminding him of his first day back in Crown City. Massive, rectangular, steel crates were spread and stacked on top of one another. They were all different sizes and different colors making it was hard to distinguish the details of each individual one in the darkness.

At least it would have been for the average man. But Ethan’s eyes had been trained to
adapt to the dark, and he could easily make out the features of each individual crate. The echo of his footsteps was all that could be heard as he walked across the concrete ground. To his left, past the high fence that enclosed him and the crates, he could see an immense fishing ship that had been pulled onshore for repairs. The white coating had been worn down through the years of its service. Hundreds of scratches and dents reflecting off its bow left it only a fraction of the beautiful ship that it once was.

His black trench coat kept him warm from the relentless icy wind that surrounded him
and encompassed the shipyard. Stopping under a flickering street light, he looked down at his watch. It was nearly an hour to midnight now. He was on time, but there was no sign of the other party. Ethan looked in the direction of a navy blue crate. “You can come out Vlad. I’m not here to kill you...at least not tonight.”

Three men emerged from behind the crate. Ethan immediately recognized the gruff-looking leader as the man he was here to meet. His tattered clothing gave him away even before Ethan had a chance to get a good look at his face. Just like Ethan had expected, there was a lit cigarette in his mouth. The two large men behind him were obviously sailors employed by the captain. He remembered seeing them on his journey back to Crown City.

Ethan paid no heed to the two sailors as he stared intently at the captain. “Glad to see
you’re on time, for once.”

Vladimir took the cigarette out of his mouth and released a puff of smoke. Holding the
cigarette between his two fingers, he spoke with a thick, Russian accent. “I loaded up your boxes as we agreed.”

With his head, Vladimir motioned to a parked eighteen-wheeler right outside the gate.

Ethan quickly glanced in the vehicle’s direction but then returned his gaze to the captain.
“You sure it’s all in there? I would hate to make two trips.”

With a smirk, Vladimir replied, “Why? Is it past your bedtime?”

One of the sailors snickered at his boss’s remark, but Ethan ignored it. “I’m sure the
boxes remain unopened as requested.”

Vladimir looked away and took another puff of the cigarette. “Of course.”

Ethan stared at the Russian for a few seconds. “So now we’re even. I helped you and now
you’ve returned the favor.”

“You killed my brother and I brought you here. I hardly call that even.”

“Your brother was scum. Anybody who traffics women deserves the death I gave him.
And he was going to kill you too.”

“Depends on who’s telling the story.”

“Cut the crap and give me the keys, Vlad.”

With a quick motion Vladimir wordlessly tossed a pair of keys. Ethan caught them

without looking and Vladimir turned around to walk away, but Ethan’s voice stopped him. “Vlad, if I ever hear you tell anybody about this meeting then...Well, you remember what I did to Baatu?”

A simple and slow nod was his only reply.

A wicked smile came across Ethan’s face. “With him, I was in a hurry and I only had a
knife. With you I’ll have all the time in the world and I’ll be sure to bring the right...tools.”

Vladimir stared at Ethan for several seconds as he registered the threat. Slowly, he looked away and motioned for his men to follow. Without a reply, the three men walked off into the misty night.

a Rafflecopter giveaway
Posted by Erika Marie at 1:36 PM