ABOUT FINGERS IN THE MIST BY O’DELL HUTCHISON 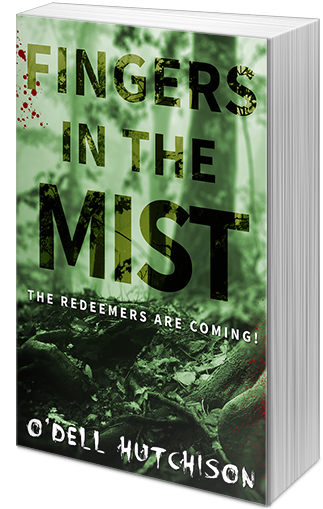 Title: Fingers in the Mist


Sixteen-year-old Caitlyn Foster never believed in the legend of the Redeemers. That was before the trees started to whisper her name. Before a murder of crows attacked the town. Before she and her family came home to find a bloody handprint on their front door, marking one of them as a sacrifice. As Caitlyn’s friends are ripped from their homes, she knows it’s only a matter of time before the Redeemers come for her. Caitlyn has the power to stop the terror, but she’ll have to decide if she’s willing to sacrifice herself to save those she loves. 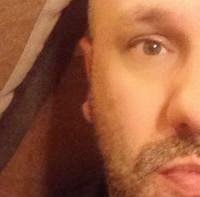 O’Dell was born in a small rural town in Idaho. There were no Redeemers living there (that he knows of). After attending college in the Pacific Northwest, he found his way to the Houston area. By day, he is a Business Systems Analyst and at night you can either find him sitting at home, dreaming of random super powers he wishes he had, or directing plays and musicals at various theaters around Houston.


How did you come up with the title?

Even though it seems an obvious choice, Fingers in the Mist wasn’t the first or even the second title I came up with. It started out as Redemption, but that felt stale. The next choice was Elegy Unbound, but that wasn’t overly catchy. When speaking with a friend about the book and the trouble I was having finding the right title, she came up with Fingers in the Mist. It was like a smack to the head. Like, “Hello, dummy.” It was creepy, filled with imagery and captured the essence of the story. It was a no-brainer.

What book are you reading now?

Right now, I’m reading Megan Shepherd’s, Her Dark Curiosity. I loved The Madman’s Daughter, and couldn’t wait for this one to come out. I’m a little behind in my reading. I used to read a ton and blogged on Book Twirps, but the book deal came through and I changed jobs, and my reading time grew sparse. The third book in the trilogy is already out and I’m hoping to read them back to back.

What are your current projects?

I’m working on the sequel to FIngers in the Mist, as well as a couple of other horror books. Surprisingly enough, I’m also working on a contemporary and a sci-fi romance. I don’t like to pigeonhole myself. :)

Wouldn’t it be awesome? I’d love to do nothing but write. If that could happen for me, I’d be ecstatic. As it stands, I’m not quite there, so I have to balance a day job with my writing.

All the time. It sucks. I’ve learned to work through it by skipping ahead in the story and writing a future scene. I’ll then come back and fill in the gaps between the scenes later.

I hate everything I write at some point in time. When I get to that point, I set it aside and revisit it later. Sometimes I fall in love again, other times, I bury it far away. I have so many stories that will probably never see the light of day.

Thanks for taking the time to host me today!


Giveaway Information:  Winner will be drawn March 27, 2015
·  Five (5) winners will receive a digital copy of Fingers in the Mist by O’Dell Hutchison (INT)