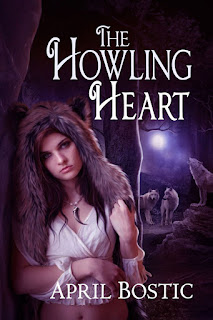 Paige Donovan is an ambitious college graduate who aspires to reach the top of the corporate ladder. She’s climbing fast when given the promotion of a lifetime at a prestigious fashion magazine in New York City. Her bright future comes to an unexpected halt after news of her father’s death. She inherits his old cabin in the Colorado Rockies, and just when she thinks her luck couldn’t get any worse, she has a car accident in the mountains and awakens in the small, remote community of Black River.

Soon, she’s engulfed in the mystical world of Varulv---wolves descended from 13th century Scandinavia and blessed by Norse gods with the ability to appear human. Paige is desperate to return home, but never expects to fall for her rescuer, Riley Gray, a charming young werewolf from England who offers her an alternate future with his pack.


I felt feverish, and I couldn't move. I tried to open my eyes, but something heavy weighed on my eyelids.
Although I couldn't see or move, I heard voices around me. The first one was female, and she had an English accent like Sheriff Gray. "She's still got a fever."
Then, I heard a male voice. "What if she doesn't wake up?" He had the same accent, but he wasn’t the sheriff.
At that moment, I realized they were talking about me. "Don't worry...she will."
"It's my fault. Dad’s going to bloody kill me."
"It's not your fault. Stop saying that. She’ll be okay, and Dad will understand."
"I shouldn't have brought her here."
"You did the right thing by bringing her here. I can take care of her."
There was a momentary pause. "What if she finds out?"
"That's for Dad to decide."
The voices faded in and out. Sleep bore down on me, but the last words I heard from the man stuck in my head. "I'll watch over her."
A severely dry mouth and splitting headache interrupted my peaceful sleep. I couldn’t hear the two voices, but I heard breathing in my left ear like someone was sleeping next to me. I tried to open my eyes so that I could ask them for water and medicine for my headache. The weight on my eyes was gone, so I tried to open them, but they felt sticky this time. I struggled to peel them open, blinking rapidly to loosen my eyelashes.
When I finally opened my eyes, they felt swollen. The pain in my head spread throughout my entire body. Dim light surrounded me in this strange room. I lay on a bed and looked up at the ceiling. I tried to speak, but my throat was dry. Only a quiet wheeze escaped. A low groan followed as my headache pounded against my temples. I still felt hot and sweaty. Layers of blankets covered me, and I wanted to yank them off. When I touched my abdomen, I wore nothing but my bra and panties.
My eyes darted around the unfamiliar room. On the wall, I noticed a shadow of something next to me. What the hell is that? I turned my head and saw a candle in the window, but what cast the shadow scared me to death. A large, white wolf lay on the floor beside me. There was no mistaking it for a dog. The bed was low to the floor, and its head was close to mine. I opened my mouth wide, prepared to scream, but wheezes and weak gasps escaped, instead. I thrashed my head against the pillow, as if the motions would turn up the volume in my voice. Finally, a shriek pushed through my sandpaper throat. It was a high-pitched squeal at first, but then, it burst forth and filled the room. I sat up quickly. Aching pain tore through my body, and I heard my bones crack.
The wolf awoke with a start. It jerked its head up, and glowing, yellow eyes blinked until they settled on me. I shrank away from it, nearly falling off the bed, screaming until I went hoarse and gasped for breath. The wolf stood on all fours, its size definitely that of a Great Dane. Our gazes locked for a brief moment before the animal ran out the room. I sat against the headboard, clutching the blankets against my chest. I was alone and terrified. Within seconds, tears trickled down my cheeks.
Seconds later, a slim, young woman ran into the room wearing a gold dressing robe. She was tying the belt around her waist as she approached me. Her blonde hair fell in waves that curled on the ends and spilled over her shoulders. She stood next to my bed and hovered over me.
There was concern in her face. "Are you all right? What happened?"
Tears trickled down my cheeks. I gasped for breath, and hiccups prevented me from speaking clearly. "W-wo-wolf." I pointed to the spot where it laid. "R-ri-right th-there."
She looked at the spot and back at me. Her eyebrows knit in confusion. "There was a wolf there?"
I nodded. Then, I took a deep breath to contain my fear. "It was lying next to me on the floor. I screamed, and it ran out." I pointed at the opened door. "It might still be in the house! You have to call the sheriff!"
The woman sat on the bed next to my legs and kept her voice low. "It's okay. There's no wolf."

ABOUT THE AUTHOR.
April Bostic is a New Jersey-based, Adult Romance author who enjoys unleashing her creativity and letting her imagination run wild. Her love of romance books inspired her to become not just a reader, but also a writer. In December 2008, she self-published her first novel, a contemporary romance with a supernatural twist entitled "A Rose to the Fallen".
Her first short story, "Right Here, Right Now", released in January 2012, is an erotic romance with a dash of S&M. The following year, she released two more short stories: a romantic urban fantasy inspired by the Greek myth of Eros and Psyche entitled "Eros, My Love", and a sexy romantic comedy entitled "Love Addiction".
After five years, she released her second novel, "The Howling Heart" in August 2013, a paranormal romance that delves into the mystical world of werewolves and Norse gods. To end her busiest year in publishing, April also released her fourth short story in December 2013, a historical paranormal romance entitled "A Dark Scandal".
Author Media Link: http://www.goodreads.com/author/show/2768953.April_Bostic

GIVEAWAY
1 Winner will get a $25.00 Amazon Gift Card and an eBook of THE HOWLING HEARTS
Ships in US Only | Must be 13+ To EnterSweeps/Giveaway accounts are ineligible. See Terms & Conditions for more info
a Rafflecopter giveaway
Posted by Erika Marie at 9:30 PM