The Broken Stone by Gabriele Goldstone Blog Tour with Giveaway! 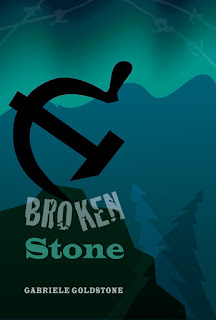 Mama is dead, Baby Emil is dead and Stalin’s new rules are breaking up the family. Papa must stay behind and hide as 12-year-old Katya and her three younger siblings find their way to freedom in East Prussia. With Mama’s sister, Aunt Helena, they board a train and flee for a new home with an aunt and uncle they’ve never met—relatives who don’t want them.

But when they reach the border, Soldiers won’t let Aunt Helena cross. That forces Katya to take responsibility for her siblings. What will life hold for Katya, her two sisters and her brother when they arrive in East Prussia? How long before Papa can rescue them? 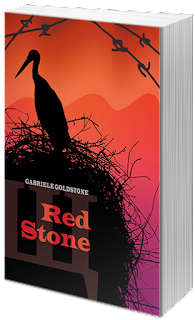 Katya knows all about Stalin’s big plans; she learned of them in school. But those plans mean little to her until the secret police arrest Papa and seize their family farm. With Mama and her younger siblings, Katya is shoved into a crowded train headed for a forced labour camp in Siberia. Torn from everything she has ever known, Katya faces cold and hunger, and the ever-present threat of lost hope. As she clings to a single red stone from the fields of her homeland, she questions life. Where is Papa? Will she ever see him again? And what will become of Katya’s family?

Inspired by a true story, Red Stone explores the trauma and heart¬break suffered by many families in the Soviet Union during the 1930s when Stalin seized individual property and villainized property owners as kulaks. 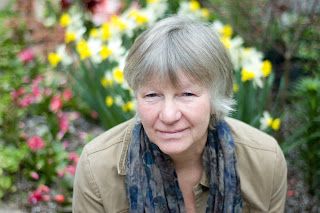 Gabriele Goldstone inherited scattered bits of her mother’s memories, shadowed by the oppression of both Stalin and Hitler. She shaped them into the life of the fictional character, Katya Halter. Gabriele traveled to Ukraine and searched through former KGB files to find missing pieces—along with the red stone that symbolizes Katya's home. Gabriele lives in Winnipeg, Manitoba.