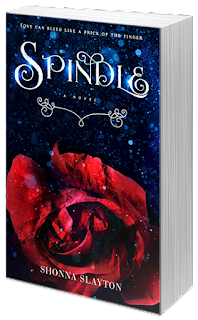 In a world where fairies lurk and curses linger, love can bleed like the prick of a finger…
Briar Rose knows her life will never be a fairy tale. She’s raising her siblings on her own, her wages at the spinning mill have been cut, and the boy she thought she had a future with has eyes for someone else. Most days it feels like her best friend, Henry Prince, is the only one in her corner…though with his endless flirty jokes, how can she ever take him seriously?
When a mysterious peddler offers her a “magic” spindle that could make her more money, sneaking it into the mill seems worth the risk. But then one by one, her fellow spinner girls come down with the mysterious sleeping sickness…and Briar’s not immune.
If Briar wants to save the girls—and herself—she’ll have to start believing in fairy tales…and in the power of a prince’s kiss.


She never asked Henry to walk her to the cottage. But that was the way with a Prince, as everyone said. They acted out of habit, and once a habit was established, it stayed that way. His new habit appeared to be trying to keep her mind off of Wheeler.

“They’re ridiculous,” he said scornfully as the couple in front of them touched hands for a few moments before separating again.

Briar’s heart cracked a little more. She remained silent, but fingered the fancy comb holding up her hair. The comb that Wheeler had given her for Christmas. And now they’re going to our pond. Is there no other place he can take her?

“You can hold my hand if it would make you feel better,” Henry said. He held out his calloused, grease-laden fingers for her to grab. His hand had grown since the last time he’d offered it to her.

She sighed. Henry. He was there when her family moved into the valley and would likely still be there when they moved out. She was told there’d never been a time when Sunrise Valley didn’t have a Henry Prince in it. From son back to father to grandfather and beyond, and none of them had ever gone anywhere. They were known as a reclusive family, hardly leaving their farm. Except for Henry. He was different.

Briar’s family had only been in the valley since Pansy was born. They were supposed to be traveling through, but then Da got a job at the new factory and they stayed. Mam worked, too, but developed the coughing sickness from all the cotton in her lungs. She died when the twin boys were born, and then when Da died of consumption, the Jenny children were stuck there, like weeds that nobody wanted.

Briar didn’t intend for them to stay any longer in Sunrise Valley than they had to. She would find a way out for her sister and brothers. Back to the Old Country like Mam wanted for them. Back to where they would fit in. And Henry Prince was not that way.

He wiggled his eyebrows at her.

Unguarded, she laughed. This particular Henry Prince was also known for being an audacious flirt.
***********


Top 10 Snacks for writing a novel:

1. Blueberries—start off healthy! They are small, little bites of joy.
2. Goldfish—they’re not just for kids.
3. Ghirardelli’s dark chocolate chips—you’ve waited long enough. Break out the chocolate.
4. Amaretto Latte—yes, coffee can be considered a snack!
5. Rice crackers, multi-seed with Tamari Soy Sauce.
6. Honey-mustard pretzels—good when pondering because you’ll have to lick your fingers.
7. Munchies snack blend, going through a salt spell here, but hold on, the sweets are coming back:
8. Pretzel Crisps: Dark chocolate crunch—Costco-sized bag. No one has to know.
9. Bark Thins: Dark chocolate bark with mix-ins. It’s fall, so pumpkin seed with sea salt.
10. Dark chocolate covered almonds with sea salt from Trader Joes. Wow. Go easy on these, kids, but you deserve it. You’ve been working hard. 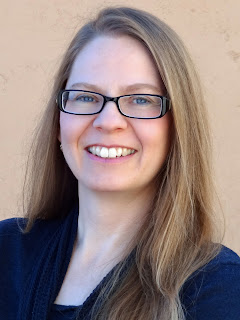 SHONNA SLAYTON writes historical fairy tales for Entangled TEEN. Cinderella's Dress and Cinderella's Shoes, set in the 1940s are out now. Spindle, a Sleeping Beauty inspired tale set in the late 1800s, will be out October 2016.

She finds inspiration in reading vintage diaries written by teens, who despite using different slang, sound a lot like teenagers today. When not writing, Shonna enjoys amaretto lattes and spending time with her husband and children in Arizona.

The best way to keep in touch is by signing up for her monthly newsletter. She sends out behind-the-scenes info you can't read anywhere else. Sign up is on the sidebar of her website Shonna Slayton.