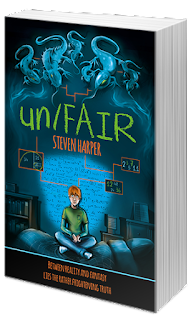 It's difficult enough to live in the neighborhood "freakazoid" house. It's even more difficult when you're autistic and neither your family nor best friend really understands you. So when Ryan November wakes up on his eleventh birthday with the unexpected ability to see the future, he braces himself for trouble. But even his newfound power doesn't anticipate that the fair folk--undines, salamanders, gnomes, and sylphs--want him dead, dead, dead. Ryan races to defend himself and his family against unrelenting danger from the fairy realm so he can uncover the truth about his family history--and himself. Except as Ryan's power grows, the more enticing the fairy realm becomes, forcing him to choose between order and chaos, power and family. And for an autistic boy, such choices are never cut and dry.

Terry Pratchett. Well, really. He has to be on everyone's favorite list.

Sue Grafton. If you want to see how to develop characters, start reading her right now.

Minister Faust. His novel FROM THE NOTEBOOK OF DR. BRAIN is the best thing I've read in years.

Ray Bradbury. His use of language is unparalleled by anyone this side of Shakespeare.

Moliere. Esoteric, I know, but his plays are funny.

Art Spiegelman. MAUS is harsh reading, but required for every human on earth.

Pearl S. Buck. If you haven't read THE GOOD EARTH, grab a copy. You'll be surprised.

Bill Bryson. The best non-fiction writer on any subject on the planet. Read anything he's written. 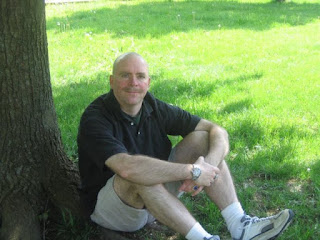 Steven Harper/Piziks is the author of multiple fantasy and science fiction novels written for adults, notably the Clockwork Empire and Silent Empire series for Roc as Steven Harper and movie novelizations and tie ins for Pocket Books as Steven Piziks (IDENTITY, THE EXORCIST: THE BEGINNING, GHOST WHISPERER: THE PLAUGE ROOM). He’s also the father of an autistic son.