The World Without A Future Book Excerpt/Review/Giveaway!

The World Without a Future by Nazarea Andrews 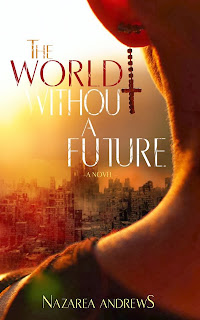 She was born the day the world ended…
Nurrin has lived her entire life with zombies—trapped behind walls meant to keep them safe. She’s mostly happy there. But when a zombie horde breech the walls of her Haven, she has to trust her brother, Collin, and his best friend to keep her alive.
He just wants his past to die…
Finn O’Malley has given up on voicing warnings that are ignored. No one cares that the zombies are changing. Now all that matters is keeping Collin and Nurrin safe from what’s outside the walls of a Haven. But when Nurrin’s best friend picks up a contact infection, he agrees to get the medicine needed to save his life. Forced together, relying on each other in a strange Haven, zombies aren’t the most dangerous thing they’re facing. 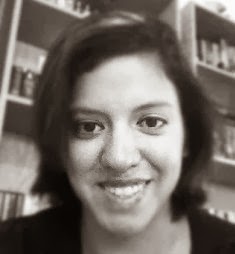 Nazarea Andrews is an avid reader and tends to write the stories she wants to read. She loves chocolate and coffee almost as much as she loves books, but not quite as much as she loves her kids. She lives in south Georgia with her husband, daughters, and overgrown dog.

I would give this novel 5 stars!
I was lucky enough to get an advance copy of this book in exchange for an honest review. Thank you to Nazarea for being so generous and allowing me to read it!
I don't even know how to explain how good this book was!  I expected the normal run of the mill zombie novel but this was completely different.  Not only was the zombie apocalypse different, but the sexual tension between the main characters is amazing!  As they journey to different Havens to find what they need, Finn and Nurrin encounter bizarre happenings going on in Las Vegas that would be unheard of to most of the other survivors.
The story focuses on the fact that Nurrin was born the day the world ended - the day that Emilie Milan arose from the dead and began the zombie apocalypse.  We don't get a lot of history on Finn or Nurrin in the book however I think it will be interesting to see how everything plays out in the second installment which I now cannot wait to read!
Finn is very quiet but fierce in nature, most people would be afraid of him and yet Nurrin is not.  Her burning desire and loathing of him is only part of what makes this story so good.
All in all, this book kept me on the edge of my seat the entire time I was reading it, and I am thoroughly looking forward to the next book to find out what happens next!

There’s no noise outside, nothing that hints at any horde—nothing that hints at life. “You ready?” my brother asks, and I nod. There’s not really a choice. “Stay between us. We’ll cover you.” he says, and Finn steps up to flank me. I don’t trust him, but Collin does, and that counts for something.
Then Collin eases the door open, and Finn bursts through it. In the distance, I can hear screams. For a heartbeat, they root me in place. Then Collin shoves me, and I break into a sprint, chasing Finn. We’re two blocks from the Hive when I hear the first footsteps behind us, and I dart a glance over my shoulder. Three infects, racing after us. Before the change, people assumed zombies were slow. I’ve seen the videos, the movies about the shambling dead. But something about ERI-Milan gave them a surplus of adrenaline and speed that a human can’t match. We can beat them at a sprint, but an uninfected human gets tired. The adrenaline wears off. Now the zombies race through Hellspawn, and evidence of the breach is everywhere. The screams, the scent of blood and decay thick in the air, the blood beginning to spread on the stone pathway.
Posted by Erika Marie at 10:00 PM