Moonburner by Claire Luana Blog Tour with Excerpt and Giveaway! 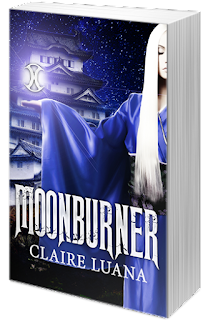 When 17-year old Kai is exposed as a female sorceress—a moonburner, she knows the punishment is death. Despite the odds against her, Kai escapes her fate and undertakes a harrowing journey to a land where moonburners are revered and trained as warriors.

But the moonburner citadel is not the place of refuge and learning that Kai imagined. The ongoing war against the male sorcerers, or sunburners, has led the citadel leadership down a dark path that could spell the end of all magic. Armed with a secret from her past and a handsome but dangerous ally in the sunburner prince, Kai may be the only one able to prevent the destruction of her people.


The other rider! She scrambled to her feet and looked around the tangle of bushes. She saw him still on the ground, helmet thrown from him. He rolled to the side, holding his head. His mount was alive, but struggling to get to its feet. She ran over to him, feeling as if she was moving through stiff molasses. Her head still spun. She had lost the daggers in her belt in the crash, but she pulled the jade-pommeled knife from its holder on her arm. She threw herself onto him, knees pinning his arms down, knife pressed hard into his throat.
She looked into his face and her eyes widened. His widened too.
“We have to stop meeting like this,” he said with a crooked grin.
Despite herself and the severity of the situation, she grinned back. It was the man with the long golden hair, who had spared her on her way to the citadel.
She bit her lip. She should have already killed him. It was bright morning now—he could burn, she could not. Even with her knife to his throat, he could kill her at any moment. But he wasn’t. And he hadn’t.
She looked into his startling green eyes and her eyes traced his strong jaw, fine nose, and full lips. She couldn't do it. Not because he was the most handsome man she had ever seen. But because she wasn't a killer. Not like this. 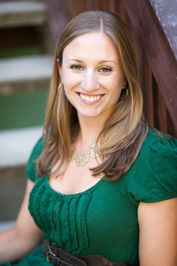 Claire Luana grew up in Edmonds, Washington, reading everything she could get her hands
on and writing every chance she could get. Eventually, adulthood won out and she turned her writing talents to more scholarly pursuits, graduating from University of Washington School of Law and going to work as a commercial litigation attorney at a mid-sized law firm.

While continuing to practice law, Claire decided to return to her roots and try her hand once again at creative writing. Her first novel, Moonburner, will be published in 2016 with Soul Fire Press, an imprint of Christopher Matthews Publishing. She is currently working on the sequel, Sunburner. In her (little) remaining spare time, she loves to hike, travel, run, play with her two dogs, and of course, fall into a good book.