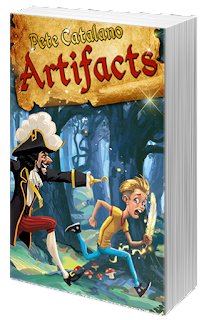 It's funny how one little letter can change a person's life. Jax and his friends have been planning the summer of a lifetime at Camp Runamuck. However, when one of them is facing summer at a school desk for failing English, they watch those plans crash and burn!
At the last moment they're given a way out.
An extra credit assignment to find several fake artifacts for a fairy tale display their teacher is presenting at the local library.
Thinking they've hit the easiest-extra-credit-ever jackpot, they begin rummaging through any piles of junk they can find. As they start putting the clues together, they realize that what they're really searching for is one authentic artifact that can rewrite fairy tales!
Enlisting the aid of the Lost Boys, Jax and his friends battle fairy tale villains to see who can get their hand, or their hook, on it first.

***GUEST POST***
Imagining the Dream Cast for one of my stories has always been very intriguing but unfortunately I think that’s best left to readers of YA, NA, or Adult. Because my characters in ARTIFACTS are written to closely resemble the interaction between 2, 3, 4 or 5 kids all around the same age, I think my readers tend to imagine themselves in various roles and their friends filling out the rest of the “cast”.


Every group of friends in Middle School has one of their own that could be a specific character. The dialogue, the humor, and the hysterical sarcasm that is the trademark of middle school wit thrives in the pages of ARTIFACTS as well as the other books I’ve written. But along with that is the camaraderie. That’s why ARTIFACTS is so hard to put down or stop reading because it includes the things that my readers go through every day but allows them to finally band together and do something about it.


The idea of “no man left behind” is prevalent in my readers. They’ve all been in an unlikeable situation in school but have had the opportunity to rely on their friends to help them out. And in these stories if the MC finds himself on the outside looking in or without someone who will step up and have their back . . . they won’t be like that for long.


As far as a playlist the characters heads are so filled with how they’re going to get out of a temporary terrible situation and on to summer camp where they will have the best time of their lives. 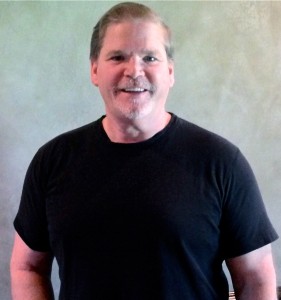 Pete Catalano’s books are written for kids of all ages — and adults who secretly never grew
up. He lives in Charlotte, NC with his adorably funny wife and two neurotic dogs. Pete was a theatre major in college and tries to keep the ‘suspension of disbelief’ in his life as much as he can.