About Standing By:
Mitch Knight 1. Loves a good challenge 2. Never turns his back on a dare 3. Loves to create nicknames 4. Nobody cooks better than him 5. Doesn’t believe in love When Parker Welsh sells Mitch Knight his organic restaurant, Willows, he not only gives Mitch ownership; but everything entangled with it. Including the annoying pastry chef who supplies the muffins and cupcakes. Hayley Roth-Welsh 1. Loves To-Do Lists and Five-Year Plans 2. Has her dream job of baking sweets 3. Always tries to make others happy 4. Never seems to succeed with her family 5. Is still a virgin, waiting for love Hayley played by her mother’s rules for the first eighteen years of her life, instead of heading to college as her family expected, she rebelled and opened a bakery, Pieces of Heaven. Her family expects her to fail and head back to school and their wish may come true once Parker sells his restaurant to the handsome, arrogant Mitchel Knight. It’s either join forces with him or lose her dream.

Mitch “Repeat after me,” Hayley says. “’This is good’, or if that’s too hard for you, try to say: ‘Not bad’ then rub your tummy and make a yum sound. Now, if all of the above are beyond your scope, then stay quiet instead of making yourself sound like an arrogant ass.” “Arrogant ass?” “Yes, it’s when you say things like: ‘I can cook you something much better. This is too greasy.’” “Do I also sound like a whiney little girl?” she stomps her foot and makes a noise that sounds more like a moan. We’re at the bowling alley at four in the afternoon eating junk: mac-n-cheese—Hayley’s favorite meal, nachos and a variety of tacos. They are acceptable but as I told her before, I can cook something better. “From the first day we’ve eaten together, you’ve made sure to inform me that there’s nothing better than what you cook.” “You admitted that my mac-n-cheese is the best you’ve ever tasted,” I say as she takes her bowling ball. She walks toward the lane, seizes the target and swings her arm after walking two steps, then Hayley and I watch her stupid ball score another strike. As of yet, I haven’t found anything that’ll take her concentration away. “I haven’t said such a thing about your pastries, Miss Éclair.” “Because those are baked goods.” She grins. I shake my head, surprised that she didn’t sneer about the nickname. I need a new pastry related nickname for her. “You’re the one who makes me sound like an egotistical asshole.” I grab my ball and head to the lane. “Which I’m not.” “That’s you, Mitch, without the a-hole part,” she says as I try to tune her out. “Your ego likes to take part in every event, Mr. Knight. I can guarantee you that it is the biggest thing you have going there.” She pokes me on the back with that pointy finger of hers. Gutter ball. “Oh sweetheart, I do pretty well in all departments.” I turn to look at her and pin her down with my stare, one I try to complement with a provocative grin. I’m trying to behave and stay away from those tempting curves of hers, but there’s only so much a man can stand before acting stupid instead of moving away. I bend to brush her cheek with my lips, and the surge of electricity that hits me is too intense for me to handle, but I try to act casual. A week with this woman has been more fun than I thought. “I have something bigger than my ego; let me know when you want to try it.” “And that would be?” she takes her ball and releases it, not missing one pin, damn it. When she comes back I look down at my groin; the furrows in her brow deepen, and her eyes shine for a second before they close. “Are you going to finish losing or would you rather call this a day?” Nice recovery, I want to say.

Q&A: Tell us about your first book. What would readers find different about the first one and your most recent published work? First and most, Where Life Takes You is in one word, Drama, while Standing By has a fun, light hearted touch to it. I also want to think that the readers will find a degree of maturity on my writing from WLTY to Standing By. A growth so to speak. Is there a message in your novel that you want readers to grasp? Definitely, always remember that everyone struggles in one way or another, and that even the most put together person can be a total mess on the inside. Does music play any type of role in your writing? It’s a huge part of my first drafts I like to listen mostly to Alternative-Indie music. Upbeat with angsty lyrics my favorite.

Born on the mystical day of October 30th in the not so mystical lands of Mexico City, Claudia grew up with a childhood that resembled a caffeine-injected soap opera. Seventeen years ago she ventured to the lands of her techie husband—a.k.a. the U.S.—with their offspring to start a new adventure. She now lives in Colorado working as a CFO for a small IT company, managing her household filled with three confused dogs, said nerd husband, two daughters wrought with fandoms and a son who thinks he’s the boss of the house. To survive she works continually to find purpose for the voices flitting through her head, plus she consumes high quantities of chocolate to keep the last threads of sanity intact.

1.  How did you come up with the idea for this story?


I have this obsession about the different types of OCD, and as I’ve research about it, I found out several ways some of this perfectionists take the edge away. Hayley is a perfectionist that tries to make lists and followed them to the T. As my character came to life, I realized she’d be the perfect match for Mitchel Knight. The spontaneous, challenge lover, teaser of the Knight Brothers.


2.  Where do you find your inspiration?

By observing my surroundings, the everyday life.


3.  Is there anything you find particularly challenging in your writing?


4.  What are your current projects?


At the moment I have a couple of MS on the works.


•One is a contemporary romance with a hint of 80’s, famous parents and lots of secrets involved. My plan is to release at the end of this year.


•The third book of A Knight’s Tale… Liam’s story, his love interest… there’s a hint on Standing By ;)   Planning on releasing it early 2015.


Also, I have the outline for a New Adult book with a different genre…


•Nix Terra. A sci-fi book which should made its appearance early 2015 too.


There are a few others swirling around my head, like a spin-off Standing by—The Welsh family saga?


5.  Tell us about your first book. What would readers find different about the first one and your most recent published work?

First and most, Where Life Takes You is in one word, Drama, while Standing By has a fun, light hearted touch to it. I also want to think that the readers will find a degree of maturity on my writing from WLTY to Standing By. A growth so to speak.


6.  Is there a message in your novel that you want readers to grasp?

Definitely, always remember that everyone struggles in one way or another, and that even the most put together person can be a total mess on the inside.


7.  Does music play any type of role in your writing?

It’s a huge part of my first drafts I like to listen mostly to Alternative-Indie music. Upbeat with angsty lyrics my favorite.


8.  Are experiences based on someone you know, or events in your life?

Not really… *mommy issues * she coughs.

I guess a few scenes, a few behaviors from my characters have a few similarities with real life. After all, the Knight family is based on my favorite aunt and her awesome family.

9.  What books have influenced your life most?

The Alchemist, By Paulo Coelho

10. Are there any new authors that have grasp your interest?

There are so many… a few that are new to me but have been around for awhile.


11. How can readers discover more about you and your work?

12. Do you have a special time to write? How is your day structured writing-wise?

I answer emails and work the so called day job during the morning. Once I’m done, I dedicate an hour or two to my writing and then around 8ish when things are calm at home, I deep into the writing for a scene or a chapter… perhaps two.


13. Why did you choose to write romance stories?

About romance, I like everyone to have an HEA, New Adult… I think is that age when you’re discovering and shedding that cocoon to become an adult. There’s still innocence, you make so many mistakes and you feel as you can take over the world or that the world is too heavy to continue.

Smart-Intelligent, geek-y compassionate, with flaws, honest, sweet, faithful, and intense. Oh yeah, and with a sense of humor.


15. When you start a book, do you already have the whole story in your head or is it built progressively?

I have the overall story, how it began and how it’ll end it’s a matter of filling up the blanks to get from point A to Z.


16. When and why did you begin writing?

I’ve always had that creative spark to make up stories. I wrote down a few of those, however the bug of sharing them with other—publishing, bit me seven years ago.


17. When did you first consider yourself a writer?

Seven years ago, when I finished my first manuscript. That one that no one ever, ever will read ;)


18. List three books you have recently read and would recommend.

It’s in his Kiss by Jill Shalvis

Where Yesterday Lives by Karen Kingsbury


19. Tell us something that people would be surprised you know how to do.

I’m ambidextrous and I can eat a pound of chocolates in less than thirty minutes. Chocolates for demonstration accepted at any time J


20. Will you write more about these characters?

Yes, a little… I want to write a novella about them. I love this couple in particular and would love to do a brief: Where are they now.


1.  Tell us about your first book in the series. What would readers find different about the first one and your most recent published work?

The first one introduces the entire Knight family, part of their personalities and their interactions; while Standing By focuses more in Mitch and Hayley… we still have the family involved but we concentrate on our MCs


2.  How hard has it been for you, research-wise, to bring this series to life?

Not hard, Google is a great source and then there’s book about everything from psychological help to cookbooks J


3.  Did you always planned to write Hayley’s story?

Part of it, how she handled being the daughter of the other woman and the baby of the so called family; and how it impacts that kid as they grow up.


4.  How would you describe this series to someone who has not read any of the books but is intrigued by the concept.

It’s a series about three fun, handsome, successful brothers that have the Knight in Shiny armor complex and love to challenge each other. 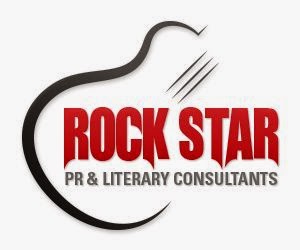