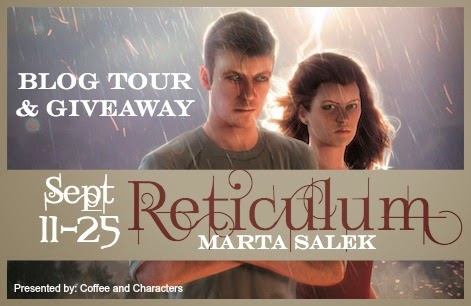 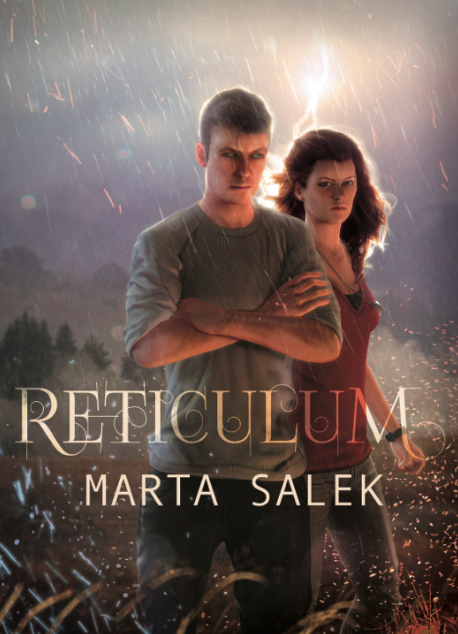 Matthew's life has one focus: magic. Pleasure, for him, is achieving the unachievable, learning that which has never been understood before. The Reticulum is a dream come true—a magic that promises him everything. With it whispering in his mind, what other companion does he need?

Andrea is determined to take on the world and her talent is such that she might just succeed. But an apprenticeship with an unscrupulous wizard shatters her self-confidence, leaving her friendless and alone.
When the two meet, they learn that isolation is not inevitable, after all. That being able to break the laws of the universe means little if there's no one to break them for. That when you allow yourself to need, and trust, and love, you can take on anything.
AUTHOR BIO 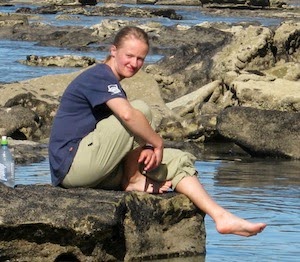 Marta lives out in the hills of Australia with her partner and assorted fluffy roosters, chickens, sheep, alpacas and one dog (who may or may not have fleas). When not working or writing, she passes the time trying to grow vegetables and running over irrigation pipe with her ride-on mower. In a past life, she spent her days programming (or screaming at) computers and writing lengthy emails which were reported to give her managers headaches. Now, she’s more gainfully occupied as a nurse, which legitimately allows her to amuse herself by asking people about their bowel habits.


Learn more by visiting her blog at http://martasalek.com/, or follower her on facebook https://www.facebook.com/marta.salek.5 and twitter https://twitter.com/martasalek1

Thank you to Marta for stopping by and answering a few questions!  WS Momma Readers Nook is thrilled to be a part of this tour :)  By the way I LOVE your response to question #7 :)  So read all about this awesome author and after the interview enter the giveaway!


1. What inspired you to write Reticulum?

I read a lot of fantasy as a child. Always wished that our world could have a bit of magic in it, and always dreamed that maybe one day I'd discover some latent, hidden talent in myself… Not to be, sadly, but in the midst of all those dreams and daydreams, I constructed for myself a handful of magic systems, built out of all those ones I'd most loved in the books I read (Isobelle Carmody's, Robert Jordyn's, Susan Cooper's, etc). If there could be magic out there, this book is really how I'd like it all to work. One day I decided to write those magic systems down. And to make it sound less like a thesis outlining the scientific framework of my imaginary world (because let's face it, that's really what Reticulum is!), I decided I'd better stick a couple of characters in, as well :).
2. What character do you most relate to?

My main ones… that's why they're my main ones :). Like Matthew and Andrea, I'm much more at home skulking in a corner somewhere thinking my own thoughts or reading a book (but not practising magic) than socialising. They're both a lot smarter than me, but like them, I was always the person asking awkward questions in the middle of class (all those years ago when I was young). I've just started my new nursing career, so Matthew's obsession with healing is based on my own newfound interest in healthcare. There's a lot of me in both of them.
3. What obstacles did you face while writing?

Only one obstacle, really - doubt. I know what good writing is, and I know mine has a long way to go. Sometimes that depresses me. Sometimes it depresses me that, in some ways, it's so easy to get published now (lots of small presses out there; lots of people self-publishing with only the barest nod to good grammar and strict proofreading). The sad fact is that while of course there are exciting, well-written new books being produced, there are even more just don't match the quality of those I love so much. And sometimes (often) I worry that my stories will be just more of a bad bunch.

It can be hard to keep writing if you allow yourself to think like that. But the thing is, at the time I wrote Reticulum, I really wanted to write. I was busy finishing off a second degree, in a completely different field to my previous studies, and that was stressful. Writing, when I wrote just for myself, was a release. The trick is not to think about what might happen with the book after you finish. Just get lost in the story that's in your head, and don't worry too much about the quality of what you're producing - not at that point. That's what editing is for, and you can't edit what you don't have written down. And if after the editing is done, you realise the finished story (short or long) isn't really of publishable quality, as I've done with many of mine, then so be it. At least you had the joy of living in that world for a little while as you wrote it. That's worth something.

Otherwise, no real obstacles. I'm a very organised person. If I want to do something, I will time-manage and make sure there is space in my life for me to do it. I set myself writing goals and achieved them - that's all there was to it.
4. Will there be a second book?

Not in the Reticulum's universe. I've satisfied myself that there is a good way for the three different types of magic to act and interact. Now that that's settled in my head, I don't feel the need to write about them any more.
5. Where else might we have seen your writing?

I've had the odd short story published here and there - Aurealis SF&F and Perihelion SF are the two people are most likely to have heard of, and the latter probably only if you're an Aussie. There aren't very many stories. Don't hunt around too hard!
6. What is your process like? Do you outline, free write, etc..?

Reticulum was very much outlined, probably because the magic had been in my head for so long that I knew what I wanted it to do and how it had to develop. Plus this was the first thing I'd written in, what… thirteen years? More? I felt more comfortable with a plan. I actually started writing this story as part of Obernewtyn.Net's (a fan club for Isobelle Carmody - if you like fantasy and haven't read hers, go do so now!) summer writing challenge, and as such I was sharing first draft snippets with a bunch of lovely people who I'm happy to now call my friends. They egged me on. It's fun having people discussing what you're writing and making predictions about what's going to happen. It also helps when that doubt I mentioned earlier is getting particularly nasty.

Otherwise, I write in a linear fashion - it's only once I get close to the end and I'm trying to wrap things up that I might write paragraphs out of order, mainly because my plans never quite extend to the end. I know roughly how a story will finish, but there are always story arcs that I need to find a neat way to terminate. After I finish a draft, I leave it for a period of time (at least a month), then do an edit where I typically prune out at least 15% of the book's original waffle. If any of my friends are feeling in a benevolent mood, I feed them chapters and get feedback and edits in return, which I then incorporate. I then do another couple of passes, always with at least a couple of weeks in between, until I get sick of the story. At that point, if I'm smart, I leave it alone for a good few months. When I return to it, I'm almost always so embarrassed at the writing that I shelve the story :). I have to admit, rereading parts of Reticulum in the last proofread I did, a good year after I finished the story, made me cringe - if I had my time around, I don't think I would have sent it out anywhere! But I guess that's part of the writing process, isn't it? Read your early stuff and weep. Or maybe it's just me.
7. What additional information would you like to share with your readers?

Nope - ask me something specific, or you get nothing from me! My life is not interesting enough to share with the general public.