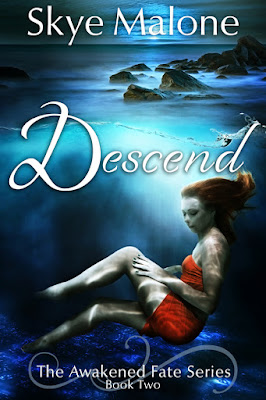 Chloe always dreamed of visiting the ocean, and now the ocean is the only place she has left to go. Trapped in the form of a mermaid and on the run from the Sylphaen, her best chance for safety lies in traveling with Zeke to his underwater home and staying under his protection there.

Leaving isn’t easy, however. Her best friend doesn’t know where she’s gone, and her family doesn’t either. She’s been forced to abandon Noah, the boy she’s liked for years and who she’s just discovered likes her too. She only hopes Zeke’s people will help her so she can return soon.
But when conspiracies follow her and people start to die, safety becomes harder to find than ever. The Sylphaen are coming. They’re more powerful than she could have imagined.

And they’re not through with Chloe yet.

Waves rolled into the shore, their white-noise rush undercutting the cries of the seagulls overhead. The afternoon sun glinted on the water, turning the ocean into a rippling fabric of light.

No fins broke the water’s surface, no scales flashed above the waves. The dehaians had disappeared as though they’d never come to Santa Lucina at all.

And if what they’d said was right, there was every chance that, in Chloe’s case at least, she wouldn’t be back for a very long time.

Not with the strength of those drugs in her system.

I turned from the water. The thought hurt, twisting in my chest in a way I’d never experienced before, and I shook my head, trying to drive it away. She was safer out there, safer with her own kind. I hated it, but it was true. Her life was in danger here. Letting her go was the best thing I could do for her.

No matter how hard it was to make myself believe the words.

I reached the shore, my clothes dripping and my sandals squelching under my feet. Shifting my shoulders against the cold fabric clinging to my skin, I glanced back at the ocean, wondering how far away and how deep she was now.

“Well, aren’t you just a picture?”

I turned, tensing as much from surprise as to keep my skin from changing. The greliaran defenses were hard to control, and the last thing I needed was some tourist running off with stories of meeting a monster with fire in his skin on the Santa Lucina shore.

My uncle Richard came down the wooden stairs from the top of the bluffs.

“What are you doing here?” I asked warily.

“Your dad called. Asked us to keep an eye on the place while you all were at the cabin.” Richard looked me up and down, disgust twitching his lip. “You’ve got a lot of nerve.” I didn’t respond.

“Letting her go,” he continued. “Keeping any of them alive.”

“She’s gone now. She can’t come back. It doesn’t matter.”

His mouth curved, though only the most naïve would’ve called the expression a smile.

“You better hope not,” he replied. “I’d hate to have to kill her for you.” 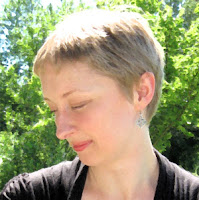 Skye Malone is a fantasy and paranormal romance author, which means she spends most of her time not-quite-convinced that the magical things she imagines couldn't actually exist. A Midwestern girl who migrated to the Pacific Northwest, she dreams someday of travelling the world – though in the meantime she’ll take any story that whisks her off to a place where the fantastic lives inside the everyday. She loves strong and passionate characters, complex villains, and satisfying endings that stay with you long after the book is done. An inveterate writer, she can’t go a day without getting her hands on a keyboard, and can usually be found typing away while she listens to all the adventures unfolding in her head.

Skye also writes YA urban fantasy as Megan Joel Peterson and is the author of The Children and the Blood series. 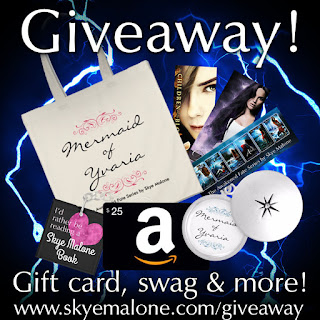