Cover Reveal of Restless Earth and Blessing Sky by Emily Mah with Giveaway! 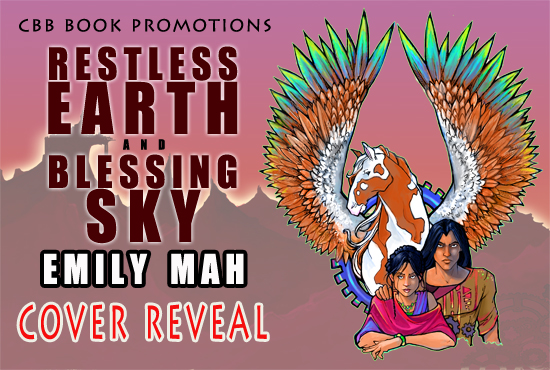 Welcome to the cover reveal of Restless Earth and Blessing Sky by Emily Mah. These are the first two books in a YA/NA fantasy series.  They release July 20th. 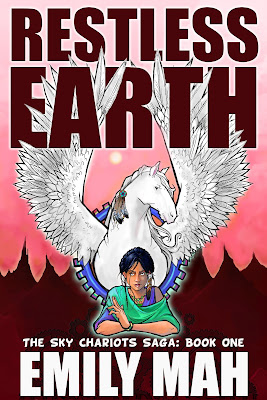 For over a thousand years, the Tanoa have relied on their line of Earth Shamen to bring rich harvests, temper stone tools and weapons, and imbue pottery with strength like metal. Now, though, the bloodline has dwindled to one Shaman, Tuwa, who is trapped high in the mountains, holding bedrock together to prevent a volcanic eruption while the rest of her people flee to safety. The only way to save the village is for her to sacrifice herself and buy them the time they need to evacuate.

But her grandson, Ahote, refuses to abandon her to die. Rather than do as she asks—marry and bear daughters who might inherit her gift—he sets out to find the one person who might be able to save Tuwa’s life.

Kasha is a Tanoa girl in who lives in Solace, a city of the pale-skinned Andalanos. If the Engineers Guild ever discovers her gender or race, they could order her execution—for in violation of the King’s law, Master Engineer Seamus trained Kasha as his apprentice. She is a genius in all things mechanical and earned her master certification when only fourteen years old. Since Seamus’s death, she has been discreetly working his job as the City Engineer.

No engineer in history could save Tuwa; it requires an invention unlike anything the world has ever seen. Kasha believes she can do it, but when Ahote breaks the Andalanos’ most sacred law, she is caught between worlds. Kasha must choose between her Tanoa heritage and her Andalano friends who have risked their lives to give her the only career she has ever wanted. Choosing one means betraying the other, and in this world, betrayal means death. 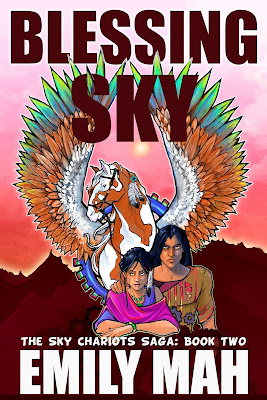 I write as both Emily Mah (for science fiction and fantasy) and E.M. Tippetts (for chick lit). My short stories have appeared in Analog Science Fiction and Fact, The Black Gate, and anthologies like The Dragon and the Stars, Shanghai Steam, and The Change: Tales of Downfall and Rebirth. My E.M. Tippetts novels have been on the Amazon Top 100 numerous times, and my novel, Someone Else's Fairytale was semi-finalist for the Best Indie Book of the Year - Kindle Book Review, and a runner up in Romance for the Best of the Independent Book Awards - eFestival of Words.

I'm a graduate of the Clarion West Writer's Workshop for Science Fiction and Fantasy and Viable Paradise Writers Workshop, and I often teach the unit on self-publishing at the Taos Toolbox Writers Workshop.

When I'm not writing or chasing small children, I manage E.M. Tippetts Book Designs, my company which offers formatting, cover design, and editing services to authors and publishers.

The author is giving away an ebook of the first book in the series, Restless Earth, to everyone who signs up for her mailing list: http://eepurl.com/bitx49


This event was organized by CBB Book Promotions.