Gods of Chaos by Jen McConnel Blog Tour and Giveaway :)

ABOUT GODS OF CHAOS 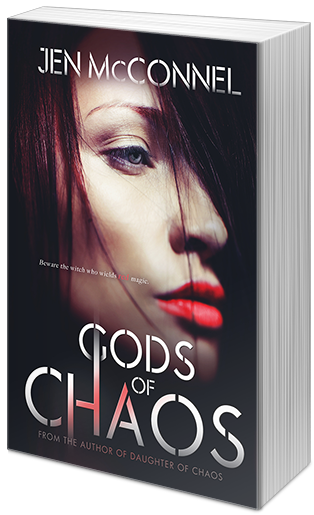 The gods of chaos cannot be trusted.

Since battling her best friend, Darlena’s grip on Red Magic has been shaky. She heads to Scotland after the Winter Solstice in search of another Red Witch.

On a sightseeing excursion with girls from her hostel, Darlena arrives at The Vaults, a mysterious underground city beneath Edinburgh. But there is something there that make Darlena’s instincts go haywire, as she lets loose a defensive burst of Red Magic, putting everyone around her in danger.

If there was ever a time when Darlena needed the help of another Red witch, it was now. But beware the witch who wields Red Magic. 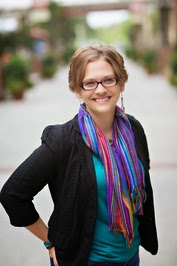 Jen McConnel first began writing poetry as a child. Since then, her words have appeared in a variety of magazines and journals, including Sagewoman, PanGaia, and The Storyteller (where she won the people’s choice 3rd place award for her poem, “Luna”).

She is also a former reviewer for Voices of Youth Advocates (VOYA), and a proud member of SCBWI, NCWN, and SCWW.

A Michigander by birth, she now lives and writes in the beautiful state of North Carolina. She's a graduate of Western Michigan University, and she also earned her MS in Library Science at Clarion University of Pennsylvania.

When she isn't crafting worlds of fiction, she teaches writing composition at a community college. Once upon a time, she was a middle school teacher, a librarian, and a bookseller, but those are stories for another time.

A note to Readers, from Darlena, the main character in the Red Magic series:

If a goddess ever shows up in your living room and demands that you pick a path of magic, don’t say the first thing that pops into your head. Seriously. That was probably one of the dumbest decisions of my life, and that includes the time I let Rochelle talk me into shoplifting a thing of lip gloss at the mall. I know Red magic may seem insanely powerful, but INSANE is the key word there. Just about all the gods and goddess who deal with this kind of magic are totally certifiable, and it seems like even other Witches go a little crazy where the Red path is concerned.

If I’d never picked Red magic…well, there are so many things that would be different, but the biggest is, I wouldn’t be running around Scotland, trying to find another Red Witch to help me fight Hecate, the Queen of Witches and one of the craziest goddesses I’ve ever met. But it’s not like I have another choice; I’m the idiot who said I wanted to be a Red Witch, even though I had no idea what that even meant.

Boy, do I ever know what it means now. It means I’m dangerous. It means the people I love don’t trust me anymore. It means everything goes wrong, no matter what I do.

But maybe, just maybe, a second Red could help me change things. Maybe there is some kind of balance in chaos after all.

I guess we’ll all find out, right?

Jen McConnel first began writing poetry as a child. A Michigander by birth, she now lives and writes in the beautiful state of North Carolina. A graduate of Western Michigan University, she also holds a MS in Library Science from Clarion University of Pennsylvania.  When she isn't crafting worlds of fiction, she teaches college writing composition and yoga. Once upon a time, she was a middle school teacher, a librarian, and a bookseller, but those are stories for another time.  Her fiction titles include YA and NA, and she also writes nonfiction. Visit http://www.jenmcconnel.com  to learn more.


Giveaway Information:  Winner will be drawn April 27, 2015
· Five (5) winners will receive a digital copy of Gods of Chaos by Jen McConnel (INT)