NEW RELEASE…..
A mystery set in wine country pitting financial exec Brynn Bancroft against a determined stalker, a troubled love interest, and career clashes.
Brynn Bancroft learns that a former employee who beat her nearly to death has returned to stalk her and her friend, Jillian Hillcrest, also a former victim.
Recently divorced, Brynn turns to a new love interest only to encounter additional unwelcome issues. Meanwhile, short-timer Brynn, who has resigned from her Silicon Valley company, becomes bored fulfilling her remaining responsibilities there. She begins to prefer supporting the launch of her ex-husband’s new hilltop winery while waiting to move to her next position. Between her stalker and her new love interest, Brynn faces a series of life-changing events. 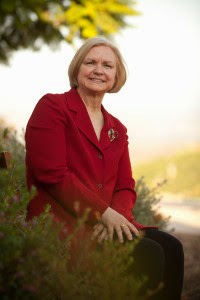 manager while Chief Financial Officer of Harmonia Therapeutics in Silicon Valley. A shapely blonde with a MENSA IQ, she had an affair with the CEO of the company. Unfortunately for Brynn, the CEO’s wife figured out that the two were involved and asked Brynn to leave the company, which she agreed to do. In the meantime, her husband, Liam—not unfamiliar with extramarital affairs himself but also understanding that Brynn grew up in an abusive household- grew tired of waiting for Brynn to commit to their relationship and asked for a divorce. At the same time, he solicited her assistance in developing his new winery in Sonoma County, Calif. Much like Jillian–who does appear in the Brynn Bancroft mysteries–Brynn, too, attracts mystery and murders as she grows to enjoy life at her ex-husband’s Hilltop Sunset Winery.


***My Personal Review***
I really liked this book - it had pretty much everything ... love, mystery, suspense, and truth.  Brynn and her ex-husband Liam are friendly after their divorce even though both of them had affairs.  But now Liam is seeing someone new and Brynn feels a loss.  That is until Todd comes into her life.  Set in a beautiful winery where Liam and Brynn work, Todd is a speaker and Brynn takes a shine to him as soon as they meet.  It soon becomes clear though that Todd is hiding something, and when Brynn meets his ex-wife Angela who says she is pregnant with his child and needs more money for their teenage son Josh, Brynn doesn't know what to think.  And it gets even more suspenseful when Angela is found dead in a car crash.  All of this brings back memories for Brynn as she was stalked and harmed not so long ago - she is very skittish and doesn't trust easily.  I was amazed at how she trusted Todd without a second thought.  Brynn becomes very involved with Todd's son Josh who leaves his mother to come stay with them.  It soon becomes very clear that Todd IS in fact hiding something - but what?  Josh seems to have a sense but all doesn't become clear until the end.

The characters in this book are very complex and it is written mostly from Brynn's perspective but it also has a strong 3rd person POV where you see what the other characters are feeling as well.  Brynn is a strong woman who is accomplished and doesn't bow down to Todd and his son when they expect it.  I love Liam though, he is so sweet and by the end of the book I really came to adore him as a character.  The book is bittersweet because even though Todd brings trouble to Brynn's doorstep, he also brings Josh who ultimately decides he wants to stay with Brynn and seems to see her as a mother figure.  I love the setting of the winery, and I noticed throughout the book that the descriptions followed through with the feeling of autumn and is full of allusions to crisp leaves and apples and things that work very well with the winery setting :)  I really loved it, I highly recommend this book it's a great read all the way to the end, and really keeps you guessing! 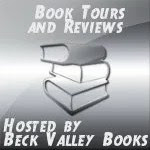 NOW FOR THE AUTHOR’S GIVEAWAY

Enter Below and Good Luck !!