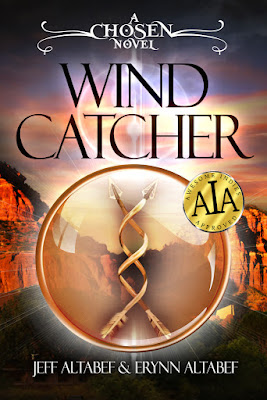 Evolved Publishing presents the first thrilling installment in “Chosen” by award-winning author Jeff Altabef, and his daughter Erynn Altabef. This fantasy adventure series is steeped in American Indian culture and so much more.
Juliet Wildfire Stone hears voices and sees visions, but she can’t make out what they mean. Her eccentric grandfather tells her stories about the Great Wind Spirit and Coyote, but he might as well be speaking another language. None of it makes any sense.
When she stumbles upon a series of murders, she can’t help but worry her grandfather might be involved. To discover the truth, Juliet must choose between her new life at an elite private school and her Native American heritage. Once she uncovers an ancient secret society formed over two hundred years ago to keep her safe, she starts to wonder whether there’s some truth to those old stories her grandfather has been telling her.
All she wants is to be an average sixteen-year-old girl, but she has never been average-could never be average. Betrayed by those she loves, she must decide whether to run or risk everything by fulfilling her destiny as the Chosen.


More Buzz About This Book


“This is an enjoyable read for all ages that goes by as fast as the authors can unspool it. ” ~ Kirkus Reviews
“This very unique and refreshingly original contemporary fantasy has elements of high epic fantasy woven throughout it, and it will surprise and delight even the most jaded fantasy readers.” ~ Jack Magnus, Readers’ Favorite Book Reviews
“Wind Catcher stands out from the crowd.  It’s… a powerful young adult adventure steeped in Native American legend and tradition.” ~ Donovan, eBook Reviewer, Midwest Book Review
“A treat to read.” ~ Awesome Indies


About the Authors: Jeff Altabef and Erynn Altabef 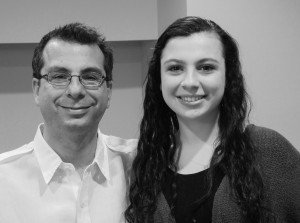 Wind Catcher is a joint project between the father/daughter team of Jeff Altabef andErynn Altabef. Jeff is an award-winning author with two published thrillers. He has a column on The Examiner focused on writing, and volunteers at the local community college. Erynn is an avid reader, dancer, and community activist who has just earned her Girl Scout Gold Award. When she’s not in high school, she loves reading performing in school musicals, baking, and watching movies with her friends.

This book is a great mixture of a coming-of-age novel with a lot of Native American mythology.  Juliet wants to be a regular teenager but she isn't.  She can't be because she is a Chosen One and she isn't normal.  I loved the relationship between her and her grandfather Sicheii in the book - the teenage angst and resentment that runs beneath the love for your family.  Sicheii starts off as a little bit of an unlikable character because we see him through the eyes of Juliet first.  But he becomes this complex father figure that she realizes that she wants and needs in her life.  Coming to terms with what she is and needs to be is a huge theme in this book, and I think the authors did an excellent job creating Juliet as a deep emotional character.  The doubts that run through her mind when she believes that Sicheii might have committed crimes are very normal for her age.  She doesn't know where she belongs, all she has to go on are the seemingly crazy stories she has been told and what she learns along the way.  By the end of the book Juliet seems to have really come a long way to finding out who she is and what she is capable of.  A great middle grade read, does have some violent themes so I would say 13 and over.  Check it out :) 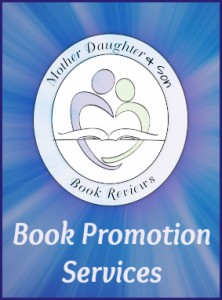