Sneaking out at night, driving without a license, and falling for a guy weren’t things fifteen-year-old Jeni expected to do while visiting Lake Itasca, Minnesota.  Then she meets Ice, the local medicine man's apprentice.  Suddenly, her simple family gathering becomes an exciting – and terrifying – week of self-discovery.  At first Jeni doesn't believe Ice's claim that she can touch the spirit world and has somehow released a mythical underwater monster. However, she's forced to reconsider when a teen swears a monster killed his father while fishing on the lake. Just as she comes to accept truth, Jeni finds she is the only one who can imprison the monster, making her the creature's next target.  She'll need immense faith in her newfound ability to put herself in harm's way and face down the monster.  And even if she succeeds in delivering the local population – and Ice – from the creature's wrath, there is no guarantee Jeni will escape with her own life.

Heart of Ice by Barbara Pietron
Currently FREE! Visit Heart of Ice on Scribe-Publishing.com to download!

After years in the corporate world, Barbara found herself with a second chance to decide what she wanted to be when she grew up.  Her lifetime love of books and the written word returned one answer: writer.  Drawing from her experience with technical writing, she began by writing non-fiction magazine pieces and achieved both regional and national publication.  Her success encouraged her to complete a novel.  She learned much from her first manuscript, critiques, books, contests, and blogs.  In 2012, her novel Thunderstone, was a quarterfinalist in the Amazon Breakthrough Novel Award contest and won a critique by Publisher's Weekly.  A few months later, she was offered publication by Scribe Publishing Company.

Barbara has a few other novels in the works, including a Thunderstone sequel. If she's not reading or writing, Barbara likes to walk, garden, and sew.  She works in a library and lives in Royal Oak, Michigan with her husband, daughter, and their cat – who often acts like a dog. 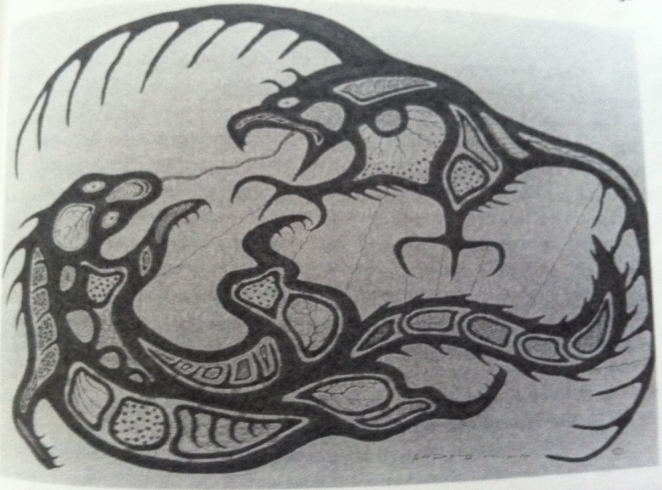 In Thunderstone, Jeni battles the Native American underwater monster, Mishebeshu, so I thought I'd share a little of the mythology behind the story. Mishebeshu in Ojibwe translates as "Great Lynx" since the dragon-like monster resembles a feline with horns whose back and tail are covered with scales. His powerful tail propels him swiftly through the water and he also uses it to stir up lakes and rivers and overturn boats of unwary and/or disrespectful humans. He strikes indiscriminately, when least expected, embodying the uneasy feeling that "something is down there." The Ojibwe believe human beings cannot stand alone against the underwater monster. Only the Thunderers (or Thunderbirds) have the power and will necessary to right the imbalance of Mishebeshu’s acts. So during thunderstorms, the Thunderers hurl stones which are imbued with their energy, giving humans access to a fraction of their sacred power. These fulgurites, glassy tubular rocks produced when lightning strikes sand, are the true Thunderstones.

Win a new young adult novel!
(Before it's in stores!)

Barbara Pietron, author of Thunderstone, is running a contest to title her next novel.
If your title idea is chosen as one of the top four suggestions, you will win the book!

Here's how it works:

Based on the cover summary below, you think of an amazing title. You know, the kind of title that compels a potential reader to take the book off the shelf.

Then go to www.barbarapietron.com and click on the News/Events page. You can make your suggestion in the comment section of the post about the contest, or click on the link which will take you to the Scribe Publishing website suggestion form. Your email will be added to Barbara's list so she can keep you in the loop about the contest and the book.

If your suggestion is chosen as a top four, you will win the new novel! Those top four entries will be posted for readers to vote on their favorite. If your suggestion becomes the book title, you'll be mentioned in the book!

Summary:
Sixteen-year-old Jack Ironwood knew exactly what he wanted. Until he got it.
Jack was content to stay unnoticed by pretty and popular track-star, Natalie Segetich, until her best friend Emma disappears. Natalie swears something took Emma, and though most people write Natalie off as traumatized and confused, Jack is a soulshifter and he knows the human-stealing Enuuki—hell's messengers—are real.

As a soulshifter, Jack can cross into the underworld so he sees Emma's rescue as an opportunity to prove himself a valuable member of his transcendental sect—and a way to secure a future otherwise out of his reach. Although he needs Natalie's help to prepare for the mission, Jack intends to go to the underworld alone. But as a viable plan takes shape, it's clear the best chance of success means Natalie must accompany him.

On the eve of the quest, when Jack is promised the hand of a respected elder's daughter—a dream come true—he realizes he's no longer sure what he wants. But it's too late to back out, not with the sect and Natalie counting on him. Pursued by the dark lord's henchmen and ghastly mutant creatures, Jack and Natalie struggle to come out ahead in a battle and barter for souls. In the end, Jack will have to decide his own fate, because nothing short of a deal with the devil will get all three of them out of hell alive.

Part one of the contest will run through January 31st, 2015 and the voting will take place in February.