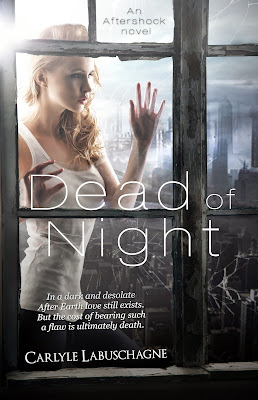 Blurb:
In a dark and desolated After Earth, love still does exist, but the cost of bearing such a flaw is death.

World War III has left Earth in utter turmoil. People’s beliefs are said to be the cause of the worldwide destruction. After The Clearing new laws are set about - to show certitude in anything besides the law is weak and chargeable as mutiny. To be illogical and have faith in religion is illegal, to be limitless is dangerous. And Illness is seen as a defect – all flaws that are inexcusable.
But to love is the greatest betrayal of all mankind. It is a fault the world has long forgotten and punishable by death, a fatal risk Aecker and Opel are fully prepared to take - because in love there is freedom. But how far can they push back before it claims their lives and of those they care about?

***My Personal Review***
This was the first book by Carlyle that I have read, and I must say I was floored :)  It was amazing!  She is well known for writing dystopian novels for young adults, and she has a distinct style of writing.  This book starts at the end of World War III in the future.  And any imperfection is now seen as unacceptable - including illness and emotions (the largest one being LOVE).  Aecker is an "Inborn" and rescues Opel (who has no memory) from a facility.  Opel and Aecker couldn't be more different, but somehow they break through each others walls and what we get is an awesome but forbidden love story.  And by falling for each other they are breaking all the rules.  Will it be worth it in the end, will they survive?  You will have to read this awesome book to find out!  This is a fast-paced ride all the way to the end, and I can't wait to read more from Carlyle including the Broken series :)  And judging by the ending there will be more books in the Dead of Night series as well.  I can't wait to see what happens next - I love to read Dystopian novels because it makes all of the bad things in our world today seem small.  The characters in the novel are complex and well portrayed, and it feels like you literally become a part of the story and really KNOW them.  It had me rooting for their love from the beginning, because I am a total sucker for a good love story, especially when it is forbidden!  I can't imagine living in a world like this where you aren't allowed to have any emotions, I hope it never really happens.  Highly recommended read by Carlyle and check out her other books while you are there :) 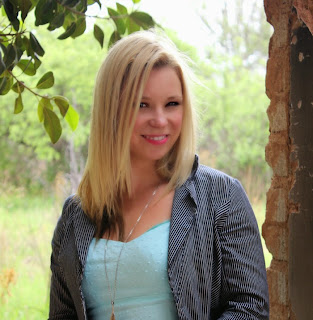 Author Bio:
Carlyle Labuschagne is a South African award winning author working her way into the hearts of international readers with her first two books in the Broken Trilogy. Her first young adult dystopian novel "The Broken Destiny" reached top 3 in its YA debut Category. The Sequel Evanescent won YATR literary award for best Sci-Fi book 2013.
Her become a published author prgramme for students launched Feb 2014.
She is not only an author, but works as a marketing manager by day. She holds a diploma in creative writing through the writing school at College SA.
Carlyle loves to swim, fights for the trees, and is a food lover who is driven by her passion for life. Carlyle also writes for IU e-magazine India, an inspirational non-profit magazine that aims at inspiring the world through words. The drive behind her author career is healing through words. Carlyle is also the founder of the first annual book drive – Help Build A Library in Africa Project. And hopes to launch her very own Indie book festival in Johannesburg March 2015.
“My goal as an author is to touch people’s lives, and help others love their differences and one another.” 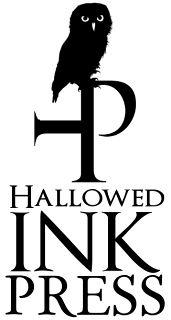