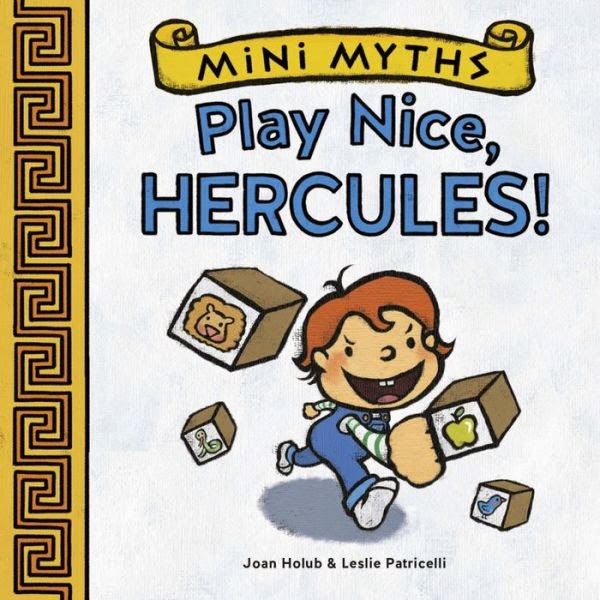 
Summary: Hercules is not as interested in “playing nice” as he is in playing strong! But when one feat of strength destroys his little sister’s 12-piece tower, he must use his powers for good to restore the tower and seek her forgiveness. She forgives him indeed, and then shows her own strength by gleefully knocking down the stacked blocks herself! Joan Holub’s expertly focused text pairs perfectly with Leslie Patricelli’s famously humorous illustrations. Includes a summary of the original Hercules’s Twelve Labors myth at the end.


I seriously would give ALL of Joan Holubs books 10 stars if I could - I have read a few of the Goddess Girls series as well as the Grimmtastic series and now her Mini Myth board books!  I am a HUGE mythology buff, so even though these are geared for very young children, I just loved them :)  Joan took an ancient myth and placed it in our times and made Hercules a child, which is something she does with her other books as well.  It really allows the reader to relate to the character on a whole new level, and I think children who have learned about these mythological characters in school will really feel like they know Hercules :)  The books are heavy and sturdy and the illustrations by Leslie Patricelli are just so cute!  Hercules is just a young boy in the book and his sister wants to play but Hercules is SO strong, and he wants to play strong!  But he is supposed to play very nicely with his sister and he does not want to.  Will Hercules be able to contain his abilities and have a good time with his sister???  You REALLY need to grab copies of these board books for your little ones and for your young adults grab up the Goddess Girls and Grimmtastic Girls Series' - I guarantee they will LOVE them!  Joan Holub is one of my favorite authors of today, and she is a wonderful person as well :)  These make great stocking stuffers too ... 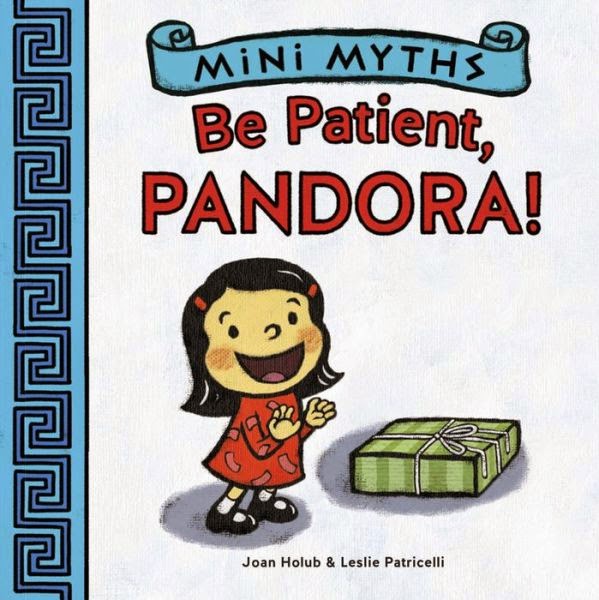 
Summary: When Pandora is warned by her mother not to open a box, her spirited curiosity trumps her obedience. Pandora harmlessly touches the box, innocently leans on the box, and eventually, albeit accidentally, bursts the box open! The cupcakes that were hidden inside are ruined, except for one last vestige, which Pandora presents in the hope that her mother still loves her. Leslie Patricelli’s depictions of this physical comedy bring a lively narrative to Joan Holub’s carefully crafted text. Includes a summary of the original Pandora’s Box myth at the end.

She's done it again!  Another great story from the fabulous Joan Holub!  Everyone is probably familiar with the story of Pandoras Box and the fact that Pandora can't stop herself from opening it, she is just too curious.  Well that story ended badly as we all know ... but Joan takes Pandora and makes her a little girl who gets a wrapped box and is told to NOT open it.  Of course Pandora does everything she can BUT open it, but the story teaches young children that being patient is a good thing, and if you aren't patient something can happen that isn't so nice.  It is short, the wording is easy to read, and the pictures help tell the story for children who can't read.  I couldn't help but think of my daughter Abby who is 7 and has Williams syndrome when I read this ... she is A LOT like Pandora - you can tell her a million times to not do something, but she will either do it anyways or work a way around it - and when you tell her no she will say "I am trying!"  LOL  So this story definitely speaks to children, and Joan is an excellent author of YA and childrens books, taking fairy tale and ancient characters and putting them into a whole new scenario that is updated and fresh for a new generation!  Highly recommend her books for any of your children :)  Enjoy!

The Buzz About Mini Myths

About the Author: Joan Holub

About the Illustrator: Leslie Petricelli

Leslie Patricelli is the bestselling author-illustrator of many adorable board books, including Yummy Yucky and Toot!