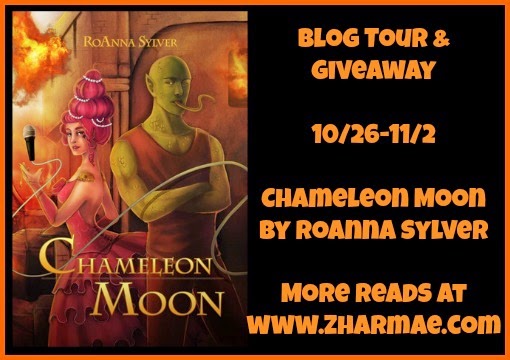 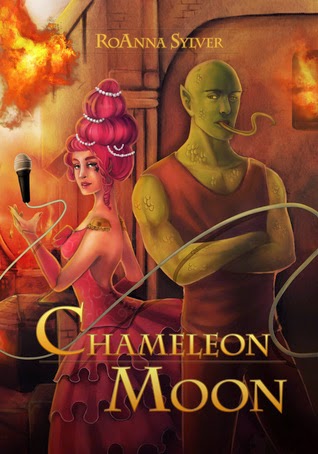 The city of Parole is burning. Like Venice slips into the sea, Parole crumbles into fire. And trapped inside is an entire population of people with bizarre, beautiful and terrifying abilities - people who really should not have them. When Regan, an anxiety-ridden hitman with the peeling skin of a lizard meets Evelyn, singer, revolutionary, and unofficial superhero, it’s up to them to get to the heart of the mystery of Parole and its quarantined inhabitants. Along with a diverse group of superpowered friends, they will evade a deadly totalitarian police force, discover the truth about their entwining pasts, and together find the strength to survive a cataclysmic disaster.

Chameleon Moon is the first in three books planned for the series. Book 1 sets up the explosive, sweeping story of Parole and the strange, wonderful people who call it home. 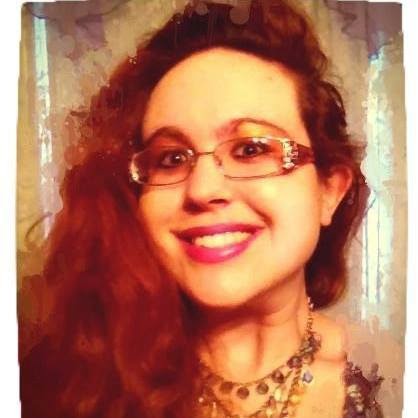 RoAnna Sylver is a performing arts and psychology honors graduate of Marylhurst University in Lake Oswego, OR. She is passionate about smart, weird stories and positive queer and marginalized characters, and thinks we need more of both. RoAnna is an avid online artist and blogger under the handle “TheSylverLining,” and has a large online following. She has worked as a regularly contributing fiction writer, concept artist and voice actor for videogame company Phoenix Online Studios, been a background actor on four episodes of NBC’s Portland-based series Grimm, and now writes for movie news website Moviepilot. She has an extensive short-fiction publishing history as well as Chameleon Moon, her first novel in a series, She lives with her family and a small, snorking dog, and continues to write, draw, act and sing whenever possible.


Silence hit the room like a bomb. Every mouth snapped shut; a hundred heads turned like an ensemble of marionettes to stare at the curtain.
“Ladies, gentlemen, and non-binary beings, welcome to the Emerald Bar.” The voice came from everywhere, deep and resonant, echoing from the hidden speakers all around the room. Regan jumped—this Voice of God made his bones reverberate and his chair vibrate. For just a minute he was intimidated, felt the familiar tinge of fight-or-flight—then he saw where it came from. The small, bird-boned man on the stage, dwarfed by his too-big ringmaster’s suit and top hat.
He was why Regan was here.
“You’re here to have your frontal lobes injected with glamour, your eyeballs gangbanged by liquid beauty, and your ears tickled and teased until you scream.” The skinny emcee didn’t match his voice at all; it was magic rising up out of a shabby little shell. Still, every eye in the place focused on the unassuming, ordinary man with the voice of a movie-preview announcer.
“I’m Master of Ceremonies Garrett Cole, and tonight I’ll be your pilot, flying you so close to the sun you can smell the wax melt and your wings burn. So open up your cerebral shunts, my little monsters, and roll up your sleeves, because here comes the morphine. I give you your shining high priestess of the microphone, the golden goddess of the chainsaw lullaby, our lady of audio ecstasy. Raise your hands to heaven and make a joyful noise for Miss! Evelyn! Calliope!”

1) What inspired you to write your first book?

First, the characters and names Evelyn and Regan popped into my head while I was in the hospital waiting room while my mom was in surgery. I started drawing them while I waited, and they made me feel so much better. I guess I figured that they could help other people feel better too. That’s what really inspired me, I guess, wanting to help others, especially people who don’t see themselves represented in fiction a lot of the time. (Queer and trans people, people of color, disabled people, and lots of others.) So both random inspiration, and a realization that it could do some good.

2) How did you come up with the title?

It actually came to me before the rest of the book. It was just a set of words that popped into my head and wouldn’t leave me alone - I didn’t know what they meant. Until I got to a point in the story where it became clear. The story and characters kind of told me what it meant! A lot of people have asked me what it means. In a word, Chameleon Moon means “change."

3) Is there a message in your novel that you want readers to grasp?

Hang on. Love is stronger than fear or hate. There is nothing wrong with you. You deserve to be here. Don’t give up on life. We can survive, together.

4) Are experiences based on someone you know, or events in your own life?

My own life, yes. So much. The entire idea of the city of Parole - a quarantined, crumbling city precariously sitting on a lake of fire - is a representation of how living with chronic pain, illness, depression and anxiety disorders feel. Many of the characters also have chronic pain or illness, or mental or emotional challenges - again, a lot of those are mine. Writing helps me filter the feelings and make sense of them, and helps me survive and be happy. I hope I can help others do the same.

5) Name one entity that you feel supported you outside of family members.

As an entity, tumblr.com has been amazing to me. I’ve gotten so much encouragement and love from thousands of people there, and to say I’m grateful doesn’t even begin to cover it. Thank you.

6) Do you see writing as a career?

Money-wise, it’s incredibly rare to make enough to support yourself as a writer alone. I am not going to be rich, at least off this first book. But as something I’ll do for my entire life, regardless of financial reward? Yes, absolutely.

7) Is there anything you find particularly challenging in your writing?

Dealing with the fear, really. I’m scared, 100% of the time. That I’m doing it wrong or people won’t like what I write, or it won’t do well, or I’ll accidentally write something that’s hurtful to somebody (especially at-risk, marginalized groups like the above, who don’t need any more pain). That’s the hardest thing to get over. I’m still trying to get over it. Don’t know if I’ll ever succeed.

8) Do you have anything specific that you want to say to your readers?

Take care of yourself, whatever that means and however you need to. You are not alone. Ever. And if you’re writing yourself, and dealing with things like depression or anxiety or other challenges, here. I wrote a thing you might appreciate. http://thesylverlining.tumblr.com/post/69747541211/writing-while-depressed-and-other-deadly-sins

9) Have you ever hated something you wrote?

10) What are your expectations for the book?

I don’t really have many expectations. It’s my first book, so I don’t know WHAT to expect! My hope though, is that it helps people. Especially young people, queer and trans kids who are just figuring this stuff out, who need to be shown that they are capable of amazing things and not alone. I just hope it does some good in the world and convinces some kids to stay in it. Spread love and hope, really. That’s what I want to do most of all.