**EACH BOOK IN THIS BEST-SELLING SERIES CAN BE READ AS A STANDALONE!** 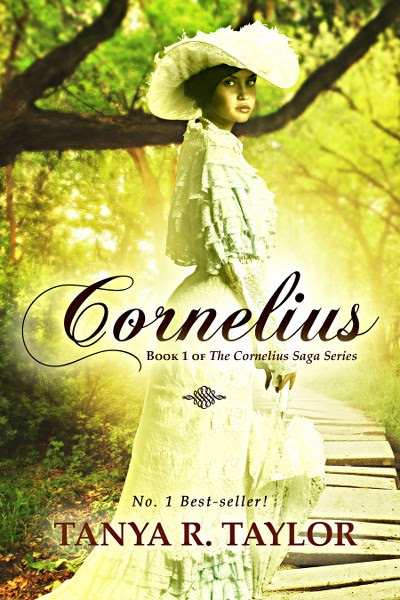 ***No cliffhangers in this series.***

"The very first instance of a haunted house story making me cry."

Go on a mysterious adventure with Wade and Mira Cullen, two teenagers who stumbled upon a house with a troubled history and a wandering soul.


Thirteen-year-old Mira is very unhappy at home. She hates the way her father treats her mother, a woman who practically worships the ground he walks on.

But things are about to change.

One day, Mira and her brother head out to explore a large, wooded area near their home. They are unaware that their innocent adventure will open up the bowels of history in a most uncanny way. Shortly after their exploration, an uninvited guest invades their personal space and unsure of what to do, Mira turns to the one source that is bound to have all the answers--a rather unlikely source.

Welcome to the strange world of the Cullen family.

Next book in this stand-alone series is 'Revenge of Cornelius' where you meet adorable six-year-old, Rosie, who sees a tall, "friendly" man, but doesn't realize that she's in the pathway of an angry ghost with revenge on his mind. 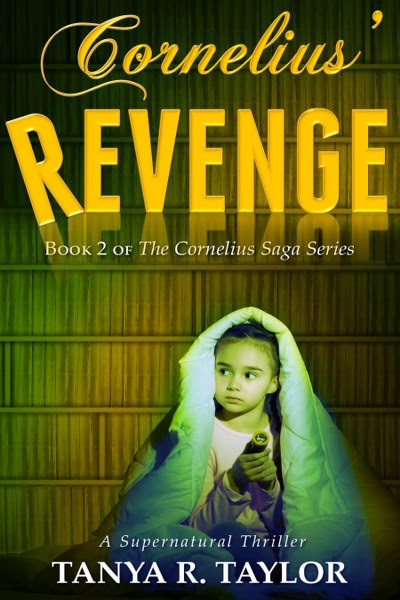 A frightened child. A fearless grandfather. A heart-stopping conclusion!

Sequel to the No. 1 bestseller CORNELIUS.


Six-year-old Rosie sees a tall, "friendly" man, but doesn't realize that she's in the pathway of a sinister entity with revenge on his mind.

"My God! This can't be happening!" Andrea exclaimed, worrying less about Theo's odd behavior and more about the child's sudden disappearance. "We have to find her!"

After returning home for a family visit, Mira Cullen finds herself in front of the old Ferguson house again - a place she has blatantly avoided since the entire life-altering experience of fifteen years earlier. The only thing is...there are new residents now, but not the kind she would have ever expected to see.


Her six-year-old daughter, Rosie, has an incredible bond with her grandfather, but no one ever dreams that the little girl will be the bait an angry ghost uses to settle a score long overdue. She is in terrible danger and the love of her grandfather will be tested to the highest extreme. 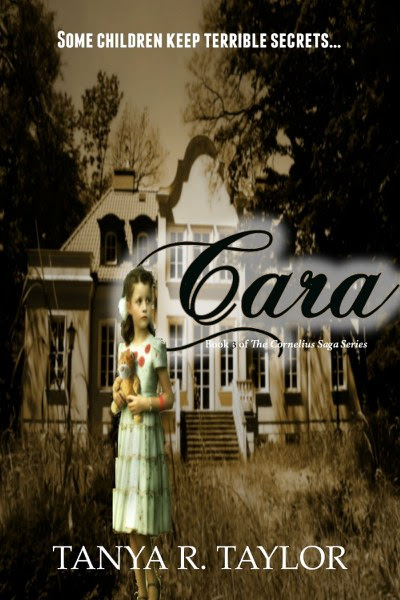 Not all children are innocent -- at least not in this story!

After being bullied on the first day at her new school, Rosie Cullen has found a new friend in a mysterious loner named Cara. Rosie knows her only by her first name, but feels she has an obligation to be there for her in an otherwise lonely existence. Mira, Rosie’s gifted mother, allows the budding friendship for a time, but soon senses that things are NOT what they appear to be.

The Cullens will eventually discover that what they initially thought was a worthy deed has turned out to be an unforgettable nightmare.

"I took care of things," Cara replied casually. "I had no choice. Besides, they deserved it." 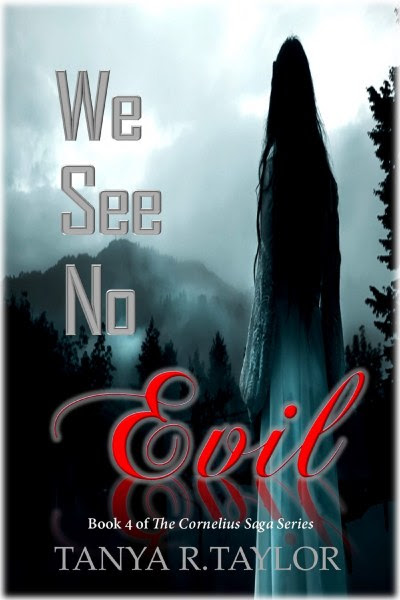 We See No Evil
The Cornelius Saga Book 4

Clyde was now standing a little more than a foot away from him and wondered why the boy didn’t look quite like… the boy.

** Another exciting adventure in this best-selling series! EACH BOOK CAN STAND ALONE. **

Mira and Rosie Cullen can't help but attract the undead, but in this spooky tale, a mere black-out can mean the difference between life and death. Will the Cullens be doomed or will Mira and Rosie uncover the harrowing mystery just in time? 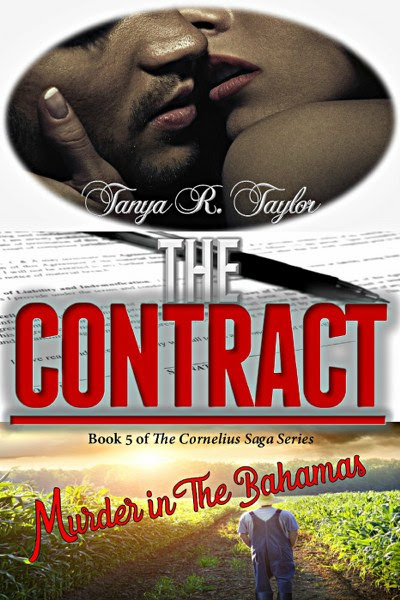 The Contract
The Cornelius Saga Book 5

Three times, Daniel Smith tried to commit suicide, but failed miserably. Will his survival point to something truly sinister? Would he have been better off dead?

Many "well-to-do" people have had depressing thoughts and suicidal tendencies -- not knowing who to turn to or confide in. They believe an outward show of success will solve their problems and subdue their inner demons, but "achieving it all" and "having it all" fail to erase that nagging emotional pain. Daniel J. Smith tried a few times to end his life, but failed, and finally he thought: "Maybe there's a reason I'm still here". Read his troubling story in 'THE CONTRACT: Murder in The Bahamas', book 5 of the Cornelius Saga Series.

* * * *
Mira Cullen is prompted to fly out to The Bahamas to meet a man her brother Wade must introduce her to. Daniel Smith believes it's providence that a chance encounter with Wade has resulted in him meeting the one person who could possibly bring to light and put to rest an age-old mystery involving his beloved mother. Smith, a product of "the contract", which took place decades earlier -- deems it an opportunity that literally sustained the lives of many, but in whose clutches also stole the life of the one person he loved more than anything else in the world.

Will Mira's attempt to uncover the truth ultimately grieve the one who yearns for it? Or will the final discovery prove to be bitter-sweet? 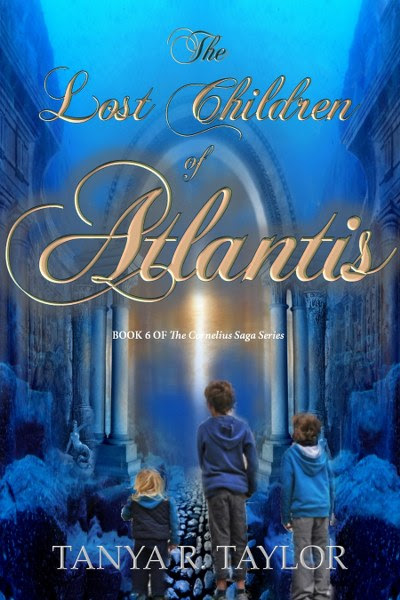 The Lost Children of Atlantis
The Cornelius Saga Book 6

Could these be the ramblings of a nutcase or could this seemingly far-fetched story about "lost children" actually be true?

Mira Cullen, an attractive young doctor and psychic, meets old, sick, occasionally delusional Stefanie Brussels. Stefanie claims to know otherwise unheard-of facts as related to the shocking catastrophe of long ago where so many had perished, but no one in their right mind believes her. She also mentions an artifact in her possession that was dug up over a decade earlier that holds "special powers". Will Mira take anything she says seriously and if she doesn't, what is bound to be the outcome?

An alluring tale and for some, an unfathomable mystery. 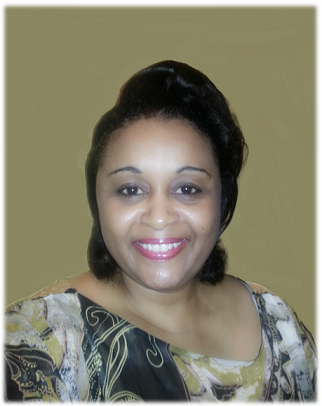 Tanya R. Taylor is the author of several #1 bestsellers on Amazon. She has been writing ever since she can remember holding a pencil and published her first book titled: 'A Killing Rage' as a young adult.

She has worked in the Financial arena and is also a seasoned ghostwriter. Her book 'Cornelius' climbed to #1 in the Teen & Young-adult Multi-generational Family Fiction category. And her supernatural, suspense/thriller - 'INFESTATION: A Small Town Nightmare' is a multiple times #1 international bestseller.