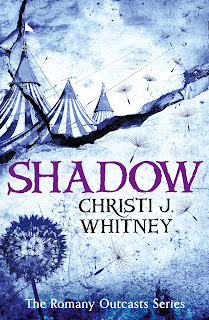 The second volume in this incredible YA trilogy.

Sebastian Grey used to be a normal teenager.

Now he’s become a creature whose sole purpose is to act as guardian for secretive gypsy clans.

When the Romany gypsies claim Sebastian as their guardian, he is given a second chance to protect Josephine Romany, the girl he thought he might never see again.

But Sebastian is having his own problems. His transformation is still ongoing, and not everyone trusts the new gargoyle within their clan.

Then a tragedy pushes him to make choices to fulfil his duty, choices that might cost him everything. 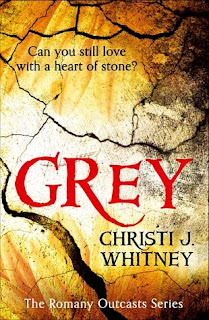 Can you still love with a heart of stone?

But when Romany gypsies arrive in town, Sebastian discovers that his world is not what it seems. There is an age-old feud between his family and the gypsies – and this isn’t the only secret his brother has been keeping from him. His life is not his own. The girl he’s been dreaming about has just turned up at school, and he feels compelled to protect her at all costs.

Even if that means life might never be normal again. 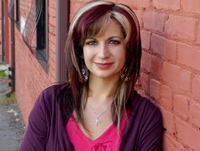 Christi J. Whitney is the author of The Romany Outcasts Series (HarperCollins/HarperVoyagerUK).

She's a former high school theatre director with a love for the dramatic. Christi lives just outside of Atlanta with her husband and two sons.

When not spending time with them or taking a ridiculous number of trips to Disney World, she is usually directing plays, geeking out over Doctor Who, making costumes for sci-fi/fantasy conventions, watching superhero movies, or pretending she's a tad bit British.