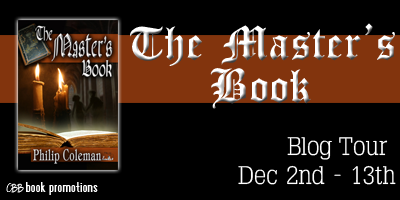 About The Master’s Book:
Sean moves to Brussels to a house that is a crime scene...

In 1482 Mary, the last Duchess of Burgundy, lies on her deathbed in a castle in Flanders. She is only 25. In her final moments she makes a wish that, 500 years later, will threaten
the lives of a boy and a girl living in Brussels. 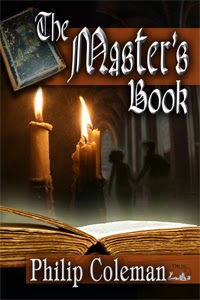 The Master’s Book is the story of Sean, an Irish teenager, just arrived in Brussels to a house that is also a crime scene. Together with Stephanie, his classmate, he finds an illuminated manuscript, only for it to be stolen almost at once.

Where did this manuscript come from? Who was it originally made for? Is there a connection with the beautiful tomb Sean has seen in Bruges? Above all, why does someone want this book so badly that they are prepared to kill for it?

Part thriller and part paper-chase, this book is aimed at boys and girls of twelve and over.

Book can be found at: GoodReads | Amazon 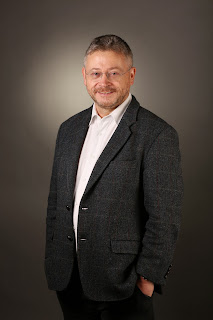 Author bio
Philip Coleman has worked as a biologist for most of his life—in Ireland, Belgium and now in Switzerland. Having been an avid reader all his life, he took up writing only in 2006. This is his first published novel. He drew his inspiration for the story from the period he spent working for the EU in Brussels. He has a grown-up son and daughter (who were roughly the same ages as Sean and Maeve during the time in Brussels but otherwise aren’t a bit like them at all!). He now lives in France.

The Stone and the Flower
In the world above our own, a magical, sentient stone is left behind and neglected after having been overlooked when a Goddess was mending the Heavens. The stone falls in love with a crimson petal flower and waters the flower every day. In time, the flower is transformed into a fairy girl, who promises to repay her debt of water to the stone by descending into the world of men and shedding tears for him there.

Thus opens one of the most amazing books I have ever read, the unfinished Qing Dynasty Chinese novel entitled The Story of the Stone by Cao Xueqin (also known as The Dream of the Red Chamber), which I read in the version completed subsequently by Gao E, subsequently translated by David Hawkes and John Minford (available in five volumes from Penguin Classics).

After the quasi-mythical opening scene, the rest of this novel takes place firmly on the ground in the houses of a wealthy Beijing family. However, the underlying premise is that it the celestial world of the stone and the flower is more real and permanent than the world of men. The stone is reincarnated in the latter world as Jia Baoyu ("precious jade"), a boy on the edge of puberty, while the flower becomes Lin Daiyu, an intelligent, beautiful but sickly girl consumed by love for Baoyu. The third corner of the tragic love triangle is formed by Xue Baochai, a cousin of Baoyu's - also pretty and well educated but more conventional than Daiyu - who, almost from her first appearance, is designated by the family as Baoyu's prospective marriage partner.

You could call the story a Chinese Downton Abbey as it progresses through the late childhood and early adulthood of the main characters, weaving in an endless array of detailed sub-stories and vignettes about the other members of this extended family and their huge cohort of servants - their maids in particular. Meals, tea ceremonies, religious practices, medical procedures and many other aspects of eighteenth century Chinese life are described in fascinating detail (don't read the book when you're hungry!). However, while the story is comparable to the above mentioned TV show in terms of scale - and the fact that it covers servants as well as gentry - it goes without saying that it also far outstrips the series in terms of its lyricism and depth.
Among the characters that stand out in my mind are Baoyu's aunt by marriage, Wang Xifeng, married to the feckless Jia Lin. She plays the role of dutiful daughter-in-law perfectly - pretty, intelligent, a good household manager but at times frighteningly ruthless. Also noteworthy is the authoritarian matriarch Grandmother Jia, who as the oldest member of the family is also its head. Among the servants, Hua Xiren and Qingwen, both maids of Baoyu, stand out. The former is also his unofficial concubine; the latter falls victim to Xifeng's jealousy. Indeed, the female characters are, in general, much the stronger ones; their male counterparts are often feckless and irresponsible (one exception being Baoyu's father, Jia Zheng, who is a strict Confucian scholar and disciplinarian).

The three themes that ultimately bind this sprawling novel together are: the tragic resolution of the relationship between Baoyu and Daiyu; the collapse of the family's fortunes; and Baoyu's metamorphosis from an immature young man to one who achieves spiritual enlightenment, withdrawing from the everyday world.